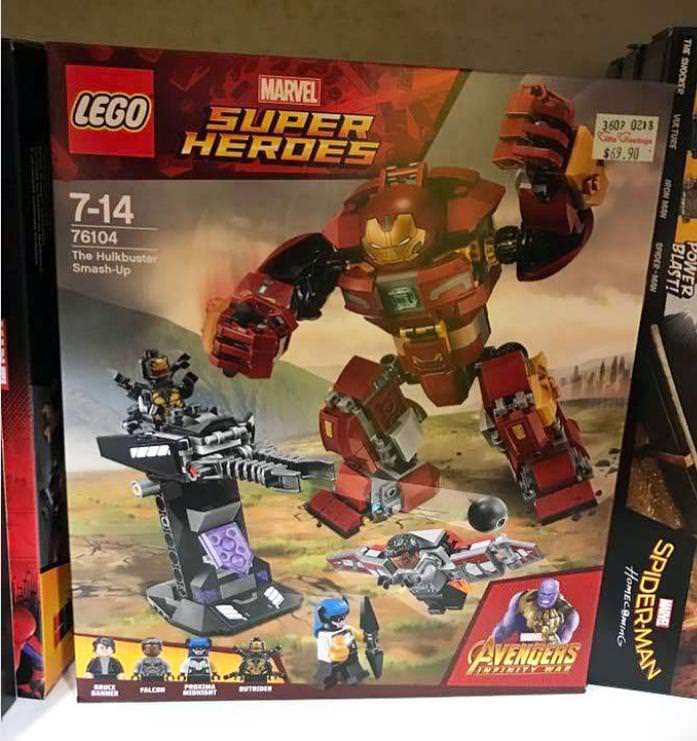 The first two LEGO Marvel Super Heroes based on Avengers: Infinity War have been found at a retailer in Singapore.

Two sets from the LEGO Marvel Super Heroes wave based on Avengers: Infinity War have been found in a shop in Singapore, the Brick Fan reports. 76101 Outrider Dropship Attack and 76104 The Hulkbuster Smash-up have been found on sale, as these images show.

This is the first time that any sets from the upcoming movie wave have been seen, as the LEGO Group did not display the range for photography at the recent International Toy Fair.

Avengers: Infinity War will be released in the UK on April 27, 2018. The set based on the movie are expected to launch on March 1. LEGO Marvel Super Heroes sets are available now from shop.LEGO.com.