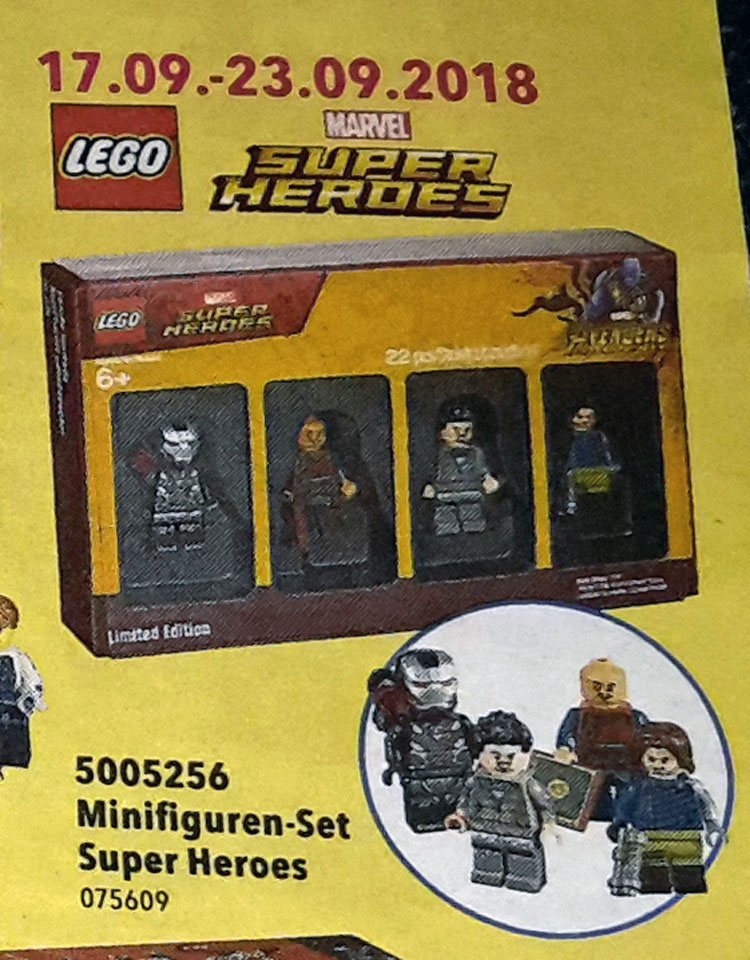 Four more minifigures will add to the ever growing LEGO Marvel Super Heroes collection, thanks to an upcoming Bricktober set.

Toys R Us Germany is still trading, with a catalogue revealing four new Bricktober exclusives. Each one includes four new minifigures, with one focused on The current LEGO Marvel Super Heroes sets are available now from LEGO Marvel Super Heroes. PromoBricks has shared images from the catalogue, revealing which characters are included in each pack.

5005256 Marvel Super Heroes minifigures contains War Machine, Wong, Tony Stark and Bucky Barnes. Minifigure collectors will be keen to own this set, but outside of Germany will have to wait patiently to find out what has happened to all of the stock intended for Toys R Us USA and UK.