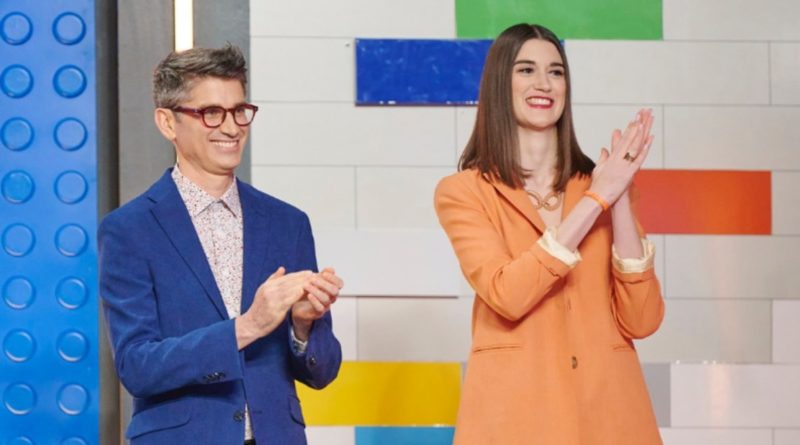 You never know whether all the glitz and glamour of Hollywood TV is really what it seems, but we’ve discovered the truth about the LEGO MASTERS’ Golden Brick.

In an interview with Nylon, LEGO MASTERS USA judge Amy Corbett shared some secrets straight from the set of the show. Anyone who has seen the show knows that the sparkly glow of the Golden Brick really sets it apart from the hundreds of other LEGO elements available to the contestants.

Any pair of LEGO MASTERS competitors can win the Golden Brick by coming out on top in the weekly challenge. Once they have it, they can use it to be excused from the judging process at any point, making them safe from elimination.

It’s therefore a highly coveted prize – but is it as impressive to see in real life as it is on our screens at home? Amy revealed in her interview that the Golden Brick is not quite as high-end as you might expect.

“We had a real gold metal brick ready, and it didn’t look good and shiny on camera,” Amy told Nylon. “We had to go back to the plastic brick that had a much more shiny effect.

“Actually, it is an authentic LEGO plastic brick, because it gave us the best sparkle and effect on the camera. But we tried! We tried to make the real gold one to see. We were like, ‘that’s going to be the coolest thing’. Then you’re like, “on camera, it doesn’t look like it!”

Despite it not being a real gold or even metallic brick, the power of the Golden Brick is still important enough for the contestants. Plus, there’s plenty of golden sparkles added in post-production to make it stand out from the other LEGO pieces on set.