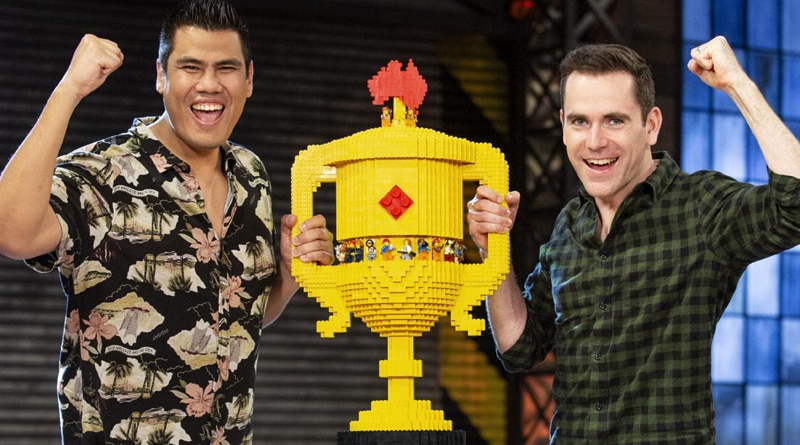 The winners of LEGO MASTERS Australia Season 1, Henry and Cade, met just 12 hours before filming on the show began.

LEGO MASTERS Australia is about to return to screens for a second round of brick-building competition. Last year, Henry and Cade won the title of LEGO MASTERS and the $100,000 prize thanks to some impressive teamwork.

It turns out though that they only met a day before filming began. “We didn’t know each other at all! We actually first spoke 12 hours before the show,” Henry told NowtoLove.

“We met each other the afternoon before filming the first episode. We had a dinner together. Cade always calls it our ‘awkward first date’. We were like ‘You like LEGO?’, ‘Oh yeah, I like LEGO. What do you like?’ Now we’re really good mates.

“We talk almost all the time, and I’m sure we’ll continue to. We’ve had this amazing journey together. It’s hard not to be friends forever after something like this. The first season of this new show, not knowing each other, it’s like all the stars aligned.”

Cade agreed that they are now lifelong friends: “Yeah, I think a big part of it was we just had a lot of fun together. Obviously we took the competition seriously. Every time we built like it was our last build. But we just had fun. We had fun mucking around.”

Eight new teams will compete in this year’s LEGO MASTERS Australia, with the first episode airing on Nine at 7.00pm, April 19.