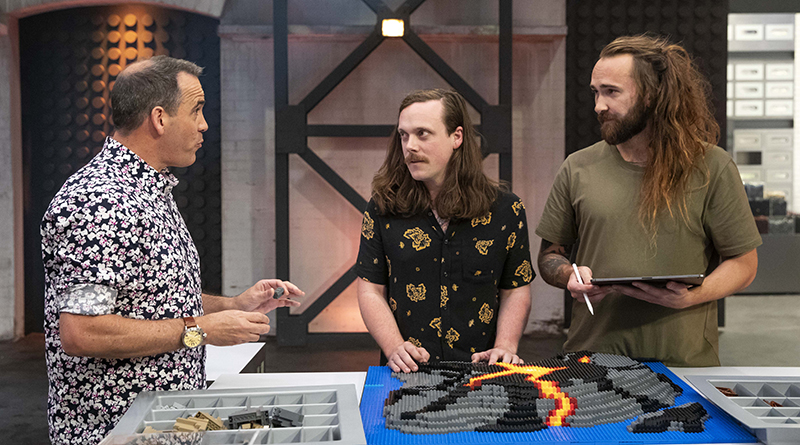 The first episode of LEGO MASTERS Australia proved a ratings hit, making it the most watched premiere of 2020 so far.

When LEGO MASTERS launched on Nine last year, it brought in 1.372 million viewers and has neared that with 1.239 million viewers for the Season 2 premiere. The extended, 90-minute episode saw builders putting together and island world, with the coveted golden brick and even more coveted Flash Jordan brick up for grabs.

Eight teams of two are competing in the contest to see which pair are the best LEGO builders, with new challenges three times a week. The first elimination episode is coming up, with one duo set to be sent home.

Each team that makes it to the Grand Final will have spent 147 hours building LEGO throughout the series over 107 days, while being filmed by 20 different cameras and being supported by a 60 person production team.