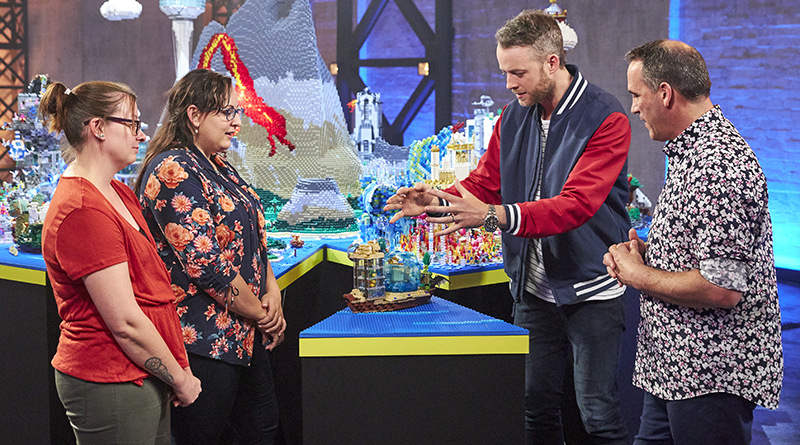 LEGO MASTERS Australia is returning tonight at 7.00pm on Nine. Eight pairs of builders will have their LEGO skills put to the test by host Hamish Blake and judge Ryan “Brickman” McNaught. As well as being crowned LEGO MASTERS, the top team will win a $100,000 prize.

All-new challenges will turn up as the series progresses, with an underwater task, a Star Wars challenge, fairy tale builds, hanging 3D art and a tallest tower race. The Brick Pit, where the builders will source their elements, contains over three million bricks for the cast to build with.

Each team in the Grand Final will have spent 147 hours building LEGO throughout the series over 107 days, while being filmed by 20 different cameras and being supported by a 60 person production team.