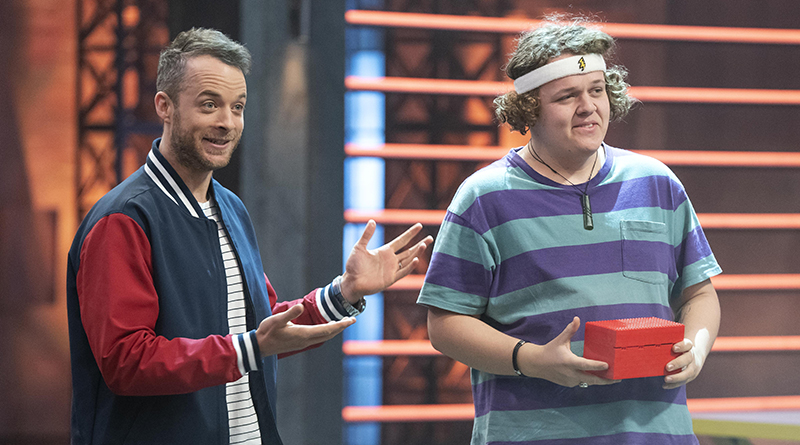 It is time for a new series of LEGO MASTERS Australia, with eight teams building island worlds as the 2020 competition begins

LEGO MASTERS Australia is back and is firing on all cylinders. Eight new teams are competing for a $100,000 prize, as only one pair of talented LEGO builders can win the ultimate prize. Hamish Blake returns as the show’s irreverent host, with LEGO Certified Ryan McNaught returning under his Brickman moniker to judge the builds.

After a successful first run last year, that saw some very impressive viewing figures, the new run of episodes has a lot to live up to. The Australian edition of LEGO MASTERS has been the most successful so far, because it trusts the competition’s premise and lets the building do the talking.

In the premiere episode of Series 2, that continues. With an incredible 90-minute runtime that flies by, the audience is treated to seeing the teams’ process, understanding what they are trying to build, how they go about it, and the challenges they face along the way. While the personalities of the builders are demonstrated, that is not the driving force of the episode – the episode is about watching these people try and complete their LEGO builds.

Speaking of which, the first task is to build an island world. With an enormous LEGO volcano as a centrepiece, each team must construct their own island before the episode culminates with the various locations slotted into place around the focal point.

Hamish Blake continues to be an exceptionally fun host, playing with the format and taking everything as seriously as it deserves to be – which is not at all. From introducing the Flash Jordan brick to trying his ‘Stool me, Ham’ catchphrase again, he is on top form. Speaking of the Flash Jordan brick, it is an absolute brilliant concept and executed in a perfectly dry way.

Another thing that continues from last year is giving Brickman some time to talk about the builds and explain his decisions. It makes his final decisions clearer rather than coming out of left field. It also helps that he has his own sense of humour and allows his personality to come through as the contestants are going through the trials and tribulations of building against the clock.

Andrew and Damian build something really impressive in the first episode, both well themed and well-constructed. Their final model looks like something that anyone would be happy to be display at a LEGO convention rather than something they have put together with a tricky time limit.

The other team to watch is Jay and Stani, as they seem to understand the visual impact a huge build will have. They manage to build something that is absolutely huge whilst also displaying some impressive techniques and coming up with an attractive model.

Jackson and Alex should not be counted out, as Brickman gives them high praise – their model may be one that looks better in person than on camera, as it is fairly hard to get a sense of.

Hopefully Summer and Iona are not in over the heads, as it is fairly clear to anyone who has done a bit of LEGO building that their house model is unstable before a chunk of it comes crashing down.

This year’s builders seem a likeable bunch so far and, more importantly, the majority seem to have some real LEGO skills. It will be fascinating to see how they manage in the episodes ahead, with the threat of elimination hanging over the next challenge…