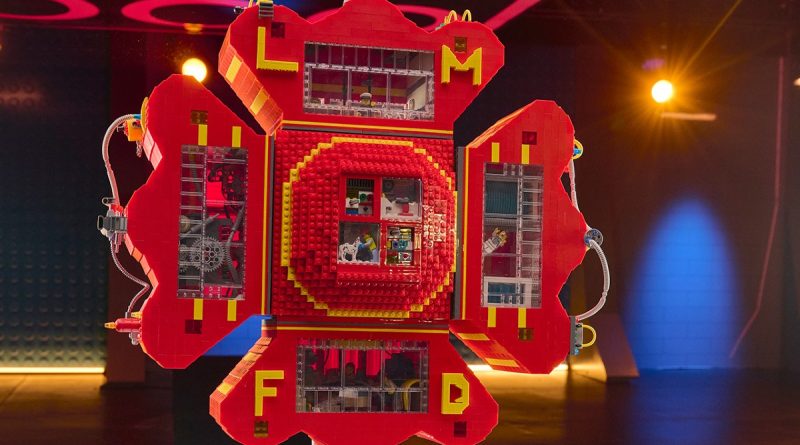 A build from the premiere of the third season of LEGO MASTERS USA will be going on display at NASA it has been revealed.

Designed by contestants and firefighters Stephen Joo and Stephen Cassley, their space station build was the winning entry in the premiere of LEGO MASTERS USA Season 3 in a challenge asking for models that could dock with a larger space station.

Built over 13 hours, the space station is in the shape of a Maltese cross and serves as a base of operations for the LEGO MASTERS Fire Department. Now, this station will be going on display in the NASA Kennedy Space Center Visitor Complex, which already has a LEGO area thanks to a partnership with LEGO Education.

“I can’t believe that’s something that’s actually happening,” said Cassley to collectSPACE. “It’s a surreal feeling knowing that it’s going to get displayed for thousands of people to come to and see.”

During the premiere, astronaut Jessica Meir helped gave feedback on the contestant’s build and inspired a part of the LEGO MASTERS Fire Department space station.

“She came over with the judges and Will at one point and just had a look at what we were doing. Mostly observing, but she gave us some feedback at the time and we incorporated a couple of her ideas about having people inside and having stories and whatnot,” Joo said.

The exact details of when this build will be on display at the visitor complex have not yet been revealed.