This new series sees brick fanatics compete for the title of LEGO MASTERS, with the first challenge requiring contestants to build a visually striking feast and a sturdy chair

LEGO MASTERS is a new contest series from Channel 4, in which pairs of LEGO builders must compete in a series of challenges. It follows the usual format – each week, pairs of builders are knocked out of the contest until only the winning builders remain and are crowned, as the title suggests, LEGO MASTERS.

Airing in a prime time slot, the show has a challenge – some of the most ardent viewers will be seasoned LEGO fans young and old, but this will also draw a less LEGO au fait audience who will be intrigued by the drama. So in between scenes of hard core fans problem solving, there is stock footage showing how aspects of the LEGO Group came to be.

The initial build up in the first episode offers typical contest show jeopardy, with phrases such as ‘life or death’ and the word ’pressure’ being bandied about, emphasising the timed aspect of the build challenges. All is forgiven though, as the phrase ‘brick fanatics’ is uttered – what better way is there to describe LEGO fans?

The initial stage, like shows such as The X Factor, was an audition to be part of the show. Successful applicants were invited to build in pairs to demonstrate their building prowess. AFOLs should look out for some familiar faces in this segment in particular. Judging this initial round was colourful shirt wearing LEGO Designer Justin Ramsden and Nathan Sawaya, the LEGO Certified Professional best known for his Art of the Brick exhibition. The pair made perfect sense to assess the initial round, as they come from different disciplines within the LEGO world.

The contestants build their creations in a colourful space with a table each and drawers full of LEGO elements in a variety of colours. The main challenge in this first week was to build a LEGO banquet in 14 hours. Simple enough, were it not for the accompanying task that a chair sturdy enough for an adult to sit on was also required. Such structures that are displayed at LEGOLAND or an event are glued, often with steel frames within – the contestants could use only LEGO pieces to complete the challenge.

Seeing builders of different ages take the brief in very different ways was fascinating, with the teams working on plans they had drawn up in advance to complete their projects. There was a fair balance between shots of the participants explaining their builds and concerning moments when a big build was about to be moved from the table to the floor and disaster was on the cards.

Like much of this type of TV, it is difficult to get a sense of how much time has passed, and where different teams are in achieving their goal relative to the others. That said, thankfully there were not minutes on end looking at builders clicking bricks onto structures, the focus tended to be on strategy, technique and key moments.

The first challenge was very different to the kind of builds that AFOLs regularly create, which was probably intentional. This was putting every builder out of their comfort zone, even if the concept was fairly straightforward to master – the planning time must have proved very valuable to the teams. Every pair completed the challenge, with an impressive array of builds – although some were clearly better than others, as judges Matthew Ashton and Roma Agrawal deliberated.

What the producers have done a great job of is choosing builders with different strengths and styles – engineering students Jamil and James look at things very differently to the rest of the builders. It is not surprising that the ones to watch seem to be the AFOL infused teams, with Nate and Steve, and Nicolas and Kobe clearly standing out in this first challenge. That is not to diminish the achievements of the young builders in the contest, who are fierce competition.

As the first episode of a new TV series, LEGO MASTERS proved to be successful. There was a lot to get through to introduce the format, the audition round and first actual task, which didn’t allow for the contestants or judges to show their unique personalities – which is of course what tends to make such shows appealing, so will hopefully come as the weeks go on. For LEGO fans though, this is still must see TV, that is starting from a strong place to develop into truly compelling television.

With next week’s builds themed around movement, there are two challenges – a planned build, All the Fun of the Fair, and an unplanned build to see how the teams can improvise. The episode will air on August 31 at 8.00pm on Channel 4.

Episode 1, Brick Feast verdict – did the judges get it right?

New snippets of gameplay from LEGO Star Wars: The Skywalker Saga have been found, revealing the . . .

END_OF_DOCUMENT_TOKEN_TO_BE_REPLACED 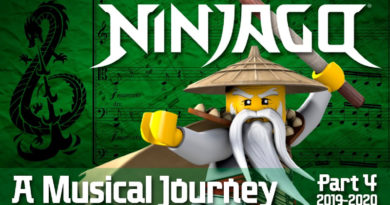 The LEGO NINJAGO musical journey has now concluded with the fourth episode in the series, but . . .

END_OF_DOCUMENT_TOKEN_TO_BE_REPLACED 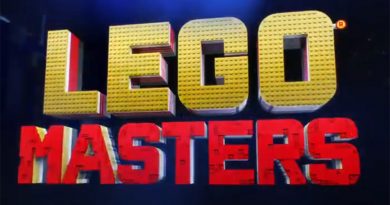 A new trailer is giving us our first look at season 2 of LEGO MASTERS USA . . .

END_OF_DOCUMENT_TOKEN_TO_BE_REPLACED 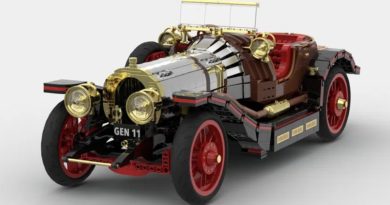 Another LEGO Ideas project has soared to 10K supporters as Chitty Chitty Bang Bang returns to the review stage once . ...

END_OF_DOCUMENT_TOKEN_TO_BE_REPLACED 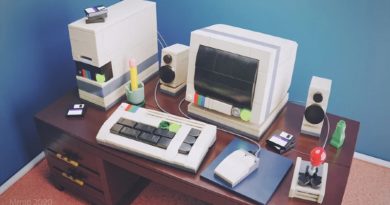 The worlds of LEGO and PC building may seem similar in concept, but at the end . . .

END_OF_DOCUMENT_TOKEN_TO_BE_REPLACED

If you didn’t manage to grab a copy of the LEGO NASA Ulysses Space Probe VIP . . .

END_OF_DOCUMENT_TOKEN_TO_BE_REPLACED 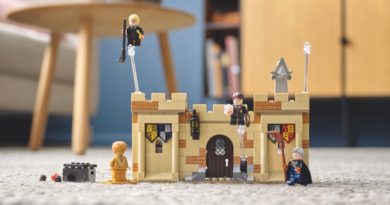 The new range of LEGO Harry Potter sets are celebrating the 20th anniversary of the theme, but . . .

END_OF_DOCUMENT_TOKEN_TO_BE_REPLACED 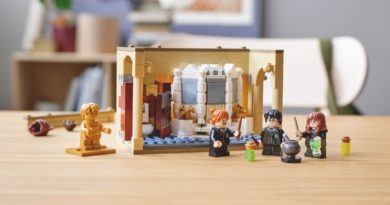 Some LEGO Harry Potter anniversary sets have gone up for pre-order on the official online store, . . .