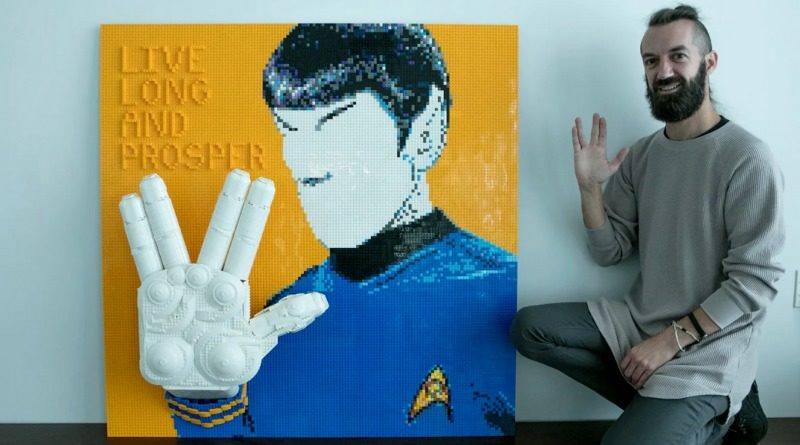 LEGO MASTERS finalist Sam Hatmaker celebrates what would have been the 100th birthday of Star Trek creator Gene Roddenberry with a unique LEGO build.

As a Star Trek fan himself, Sam created a huge LEGO likeness of the late Leonard Nimoy’s Mr Spock, posing with the iconic four-finger Vulcan salute. The words ‘Live Long and Prosper’ are inscribed in bricks next to the depiction of Spock as well.

Sam’s build was created as part of the yearlong Think Trek’ celebration from Roddenberry Entertainment. It’s designed to honour the centennial of Roddenberry’s birth and encourages all Trekkies to use their creativity to express their love of the franchise.

Last year, for Roddenberry’s 99 birthday, Sam built a Vulcan IDIC pendant made of LEGO elements, and just this year, he also constructed another model featuring the iconic onscreen kiss between Captain Kirk and Lieutenant Uhura.

Sam reached the final of the first season of LEGO MASTERS in 2020, teaming up with fellow LEGO builder Jessica to form The Eccentrics. If you want to see this creation while being built, Gizmodo published a timelapse of Sam in action putting together the likeness of Mr Spock, which you can see here.