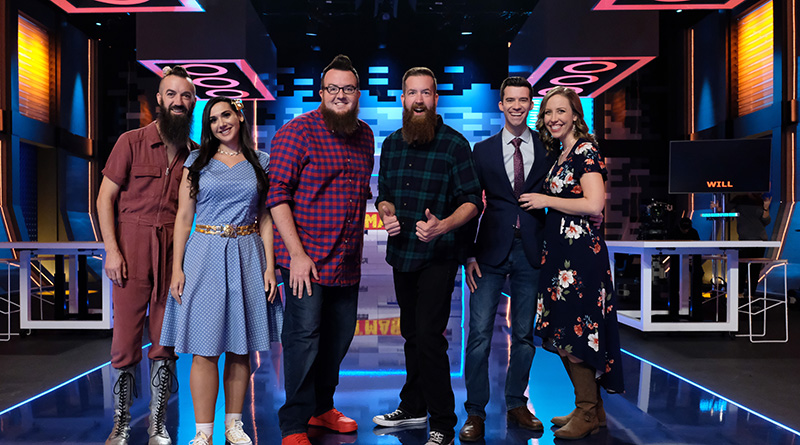 In the final episode of LEGO MASTERS USA, three teams are tasked with constructing whatever they can imagine for their final build

As Will Arnett makes abundantly clear in his unique voice, which seems as if it was specifically designed in a lab for evoking drama, this is the LEGO MASTERS USA final. Ten teams started the process to see how far they could push their LEGO creativity, and this final sees three remaining – Tyler and Amy, Sam and Jessica and Mark and Boone.

With the final challenge giving the pairs the ultimate test – to build anything they like – each duo sought to maximise their 24 hour time limit. The show spends more time in this episode watching the teams conceive and put together their epic models, even showing more of the judges’ tips. It was great to get a sense of how Jamie Berard and Amy Corbett advise the teams without steering them to a solution.

Spoilers for LEGO MASTERS Episode 10 ahead.

When Tyler and Amy are declared as the winners of the contest it is not too surprising, as they have received very positive feedback throughout, but it is all bout the journey rather than the destination.

It is incredibly tense as the builds take shape, with the constant question as to whether they are far enough along to finish in time. Sam and Jessica seem to pull it together really quickly, as do Mark and Boone, which genuinely feels like a relief as the tension really builds.

Sam and Jessica produce a really incredible peacock build, using green leaf elements and all manner of circular pieces to create really convincing feathers. While their bird is big, impressive and beautiful, their scene around the back is just as well designed. The monkey feels like a real character and using bananas as table legs adds to this wonderfully absurd world.

Boone and Mark opt for minifigure scale and build something truly impressive. Their derelict building towers over everything else in the room, depicting minifigures transforming it into a world of creativity. It is the sort of model that would have guests at a fan convention spending lots of time staring at, noticing the little stories and situations taking place throughout. The touch of including a light sensor that causes two of the walls to turn around was a great addition.

For Tyler and Amy, it is another opportunity to explore a fantasy world. They build a beautifully shaped tall tower, with a griffin at the top protecting its newly hatched chicks from a lizard-like beast that is scaling the structure. It is impressively clear and the bird is extremely well designed, with an excellent flapping function incorporated.

It really is hard to see which model will be the winner, as they all offer something very different, with the judges only providing complements rather than noting any negatives. When Sam and Jessica are placed third, it is hard to compare Boone and Mark with Tyler and Amy; the former are excellent a minifigure scale models, while the latter produce big scale sculptural builds. Ultimately, the expectant couple win out, with the consistent quality they have delivered throughout leading to them receiving the LEGO trophy and $100,00 prize.

Seeing the way that different people approach LEGO creativity is always the most fascinating thing about LEGO MASTERS, and while some of the builders this series felt a little out of their depth, those who found their way to the final demonstrated that beautifully. It is hard not to note the current context, that much of the world is in lockdown, and hope that this series encourages people to bust out their bricks and get involved in this rewarding, creative hobby.

Brick Fanatics congratulates Tyler and Amy, as well as everyone else who took part and the production team behind the series. Here’s hoping for LEGO MASTERS USA Season 2!