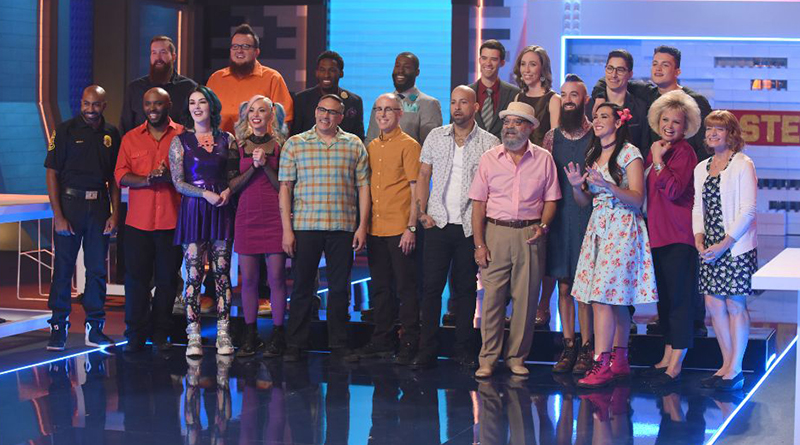 After much hype and anticipation, LEGO MASTERS USA has arrived on FOX. The brick building series features 10 pairs of builders who must compete in challenges to see who the most talented LEGO creatives are. It is a format that has been used for cooking, dancing and singing, and is now being used for LEGO building.

Host Will Arnett mocks and plays with that format, bringing the comedic touch that he is known for through The LEGO Movie series and Arrested Development. It works well, as the competition format is so tried and tested at this stage that without some pushing at the edges it can easily feel predictable.

The Judges are LEGO Senior Design Managers Jamie Berard and Amy Corbett, who bring their brick experience from Billund to the LEGO MASTERS build room. With this first episode flying by, they only get a little screen time and will hopefully turn up for longer as they spend more time with the contestants.

In a show like this though, the real stars are the builders, with all of them getting a small introduction in this first episode. A fairly open challenge asks them to build a theme park on a predefined base, with it proving a task that some excel at and others struggle with.

Spoilers for the episode ahead.

On the other end of the spectrum, Jessie and Kara really seem to struggle with a concept and it is not even clear at the end if the mandated moving aspect is incorporated into their build.

Tyler and Amy make their farm themed build coalesce nicely once they get going, while Krystle and Amie produce something that is visually striking. Jermaine and Mel successfully execute an ancient Egypt theme.

The series is off to a good start – it is hard not to be entertained at the speed it moves by. What the Australian edition demonstrated though is that brick building is compelling to watch, and the process of designing then creating really works when given time to breathe. With 10 teams and only 43 minutes, at times this moved a little too quickly to get a sense of any team’s process.

As the weeks go on and the number of teams reduces, there will no doubt be more time to get to know each pair and really see what their LEGO styles are like. Between that and more of Arnett’s sardonic take on hosting duties, there seems to be plenty to look forward to in LEGO MASTERS USA.