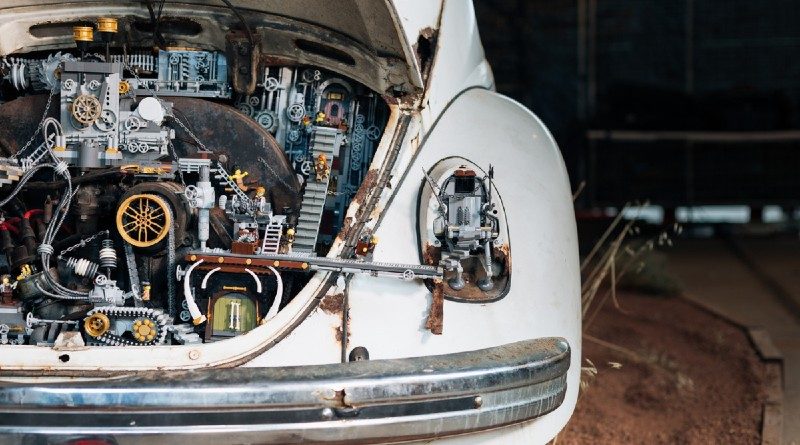 A pair of LEGO MASTERS winners are showing that they won’t stop their impressive brick-built feats as they launch a new and unique art exhibition.

Jackson Harvey and Alex Towler were the winners of LEGO MASTERS Australia Season 2 when it aired in May of last year and are teaming up again for a new gallery of LEGO builds, with a post-apocalyptic twist.

RELICS is the name of this new exhibition, which will be held at The Goods Shed in Claremont. It seems that it will feature several builds placed within non-LEGO objects such as a bin or an old Volkswagen Beetle.

A new trailer, as well as a set of images posted on the official website reveal a few of the installations that you can expect to see at the event including a ramshackle town amidst the rubbish or a factory built around a car engine. The story of the gallery focuses on what minifigures would do after the end of the world when humanity is extinct, with their tough plastic making them outlast their builders and creators.

RELICS will be held from February 26 to 30 May and are even offering free self-guided tours and sessions for schools. This isn’t the first sign of a LEGO MASTERS contestant continuing to show their passion for the brick after the show, with a cloth hall build being another recent example.