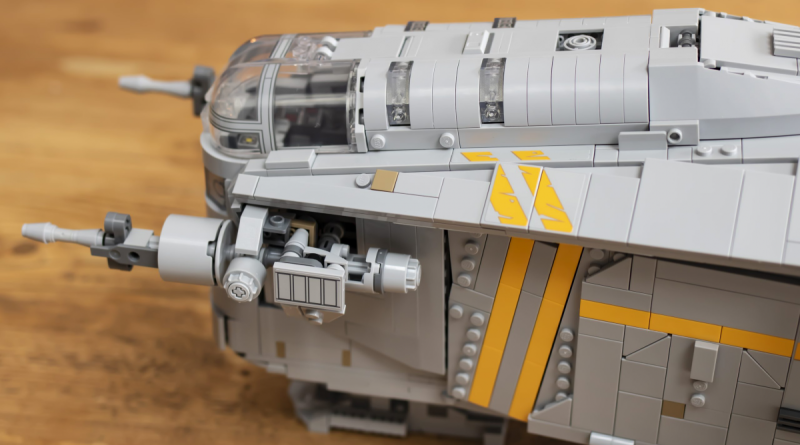 Hideo Kojima is a legend in the video game community, but it seems that these days he’s more interested in LEGO than stealth ’em ups.

Most people in the video game industry are, sadly, destined for a life of anonymity. Their only claim to fame, a fleeting moment on the screen as the game credits roll, by which time the player has probably wandered off for a sandwich having just spent three hours defeating the final boss.

But a few rise above, and become household names, assuming that everyone in your house is a hardcore gamer. Shigeru Miyamoto, the father of Super Mario. Jeff Minter, whose name will have gamers of a certain age thinking of laser spitting mutant camels. And Hideo Kojima.

Kojima has worked on many titles including Policenauts and Zone of the Enders, but he will forever be associated with the Metal Gear series. As reported already, when Kojima was working on the design for Metal Gear Solid, which introduced Solid Snake to many western gamers, he used LEGO bricks to build a 3D model of the Shadow Moses base.

He’s worked on many games in the meantime, but nothing has been released since Death Stranding in 2019, and it would seem that it’s because he spends all his time buying and building LEGO sets. The latest addition to his collection is the new 75331 The Razor Crest, which he proudly displayed in a recent tweet, where he admitted to being somewhat lucky as there was ‘only one in stock’.

So if anyone is waiting for a new game from Kojima, well you may have to wait a while.

If you’d like to buy the Razor Crest, or any other LEGO set, then consider supporting Brick Fanatics by purchasing it via our affiliate links. Thanks.