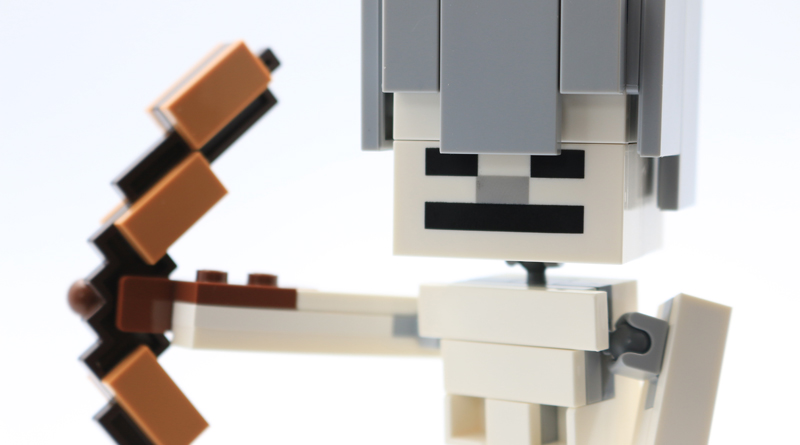 For Minecraft gamers who bravely play in survival mode, then the hostile mobs are always a fun challenge. The LEGO designers clearly had to choose Minecraft monsters who weren’t too scary – don’t expect zombie pigmen anytime soon – and Minecraft 21150 Skeleton BigFig with Magma Cube is just the right amount of creepy. 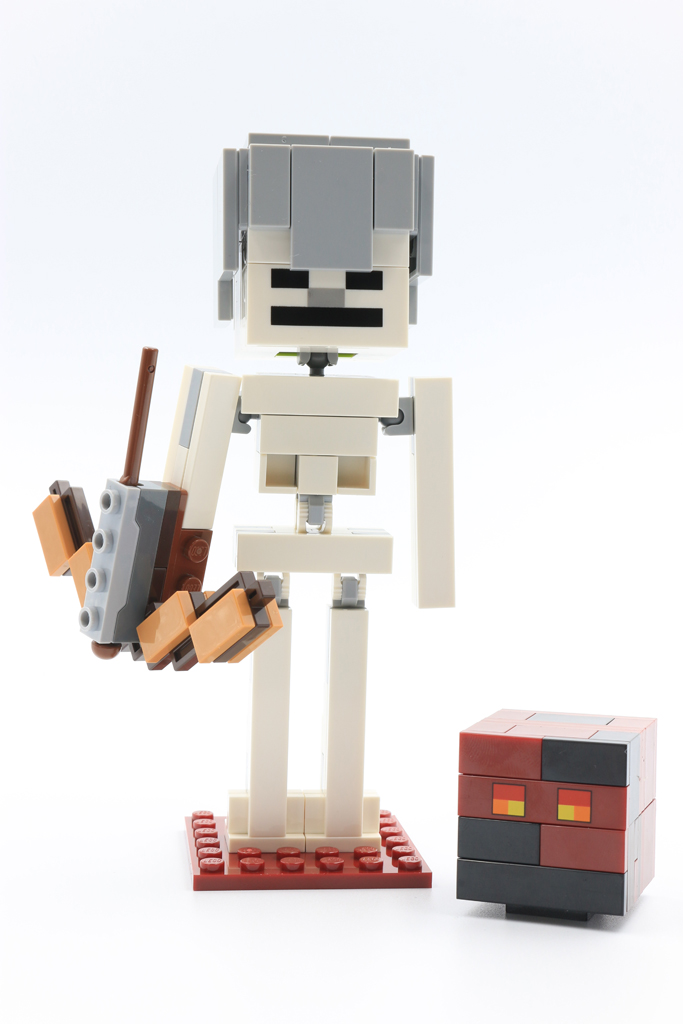 To re-create the skeletal structure of the character, many white tiles of various sizes have been used across the model and even two 1x1x1 wall corners imitate ribs. The mostly white colour scheme is a departure from the Skeleton in the game, which is entirely grey. Unlike the human BigFigs in this wave, 21150 utilises more hinges than ball joints, limiting the pose-ability of the figure.

An accurate neutral expression has been printed onto a 2×4 tile to depict the face and the character is also equipped with a protective iron helmet – bracket plates are clipped onto a 4×4 baseplate with light grey tiles added on top. As a bonus it can easily be removed and swapped over to any other BigFig, including 21148 Steve BigFig with Parrot (review). The character also comes armed with a new LEGO Minecraft bow element that is plagued by a stud-shooter that doesn’t add much to the playability.

As a quick side-build the Magma Cube is similar to the source material but it is a slight shame that the “hopping” function is manual and not activated by a lever or something similar. Unfortunately 21150 Skeleton BigFig with Magma Cube has one big issue – the model is extremely top heavy and very difficult to pose without its stand.

21150 Skeleton BigFig with Magma Cube is a decent set with a few flaws. It is worth buying if you want the complete first series of BigFigs, but on its own is not the best LEGO Minecraft has to offer.

21150 Skeleton BigFig with Magma Cube is available now at shop.lego.com. You can help support Brick Fanatics’ work by using our affiliate links. 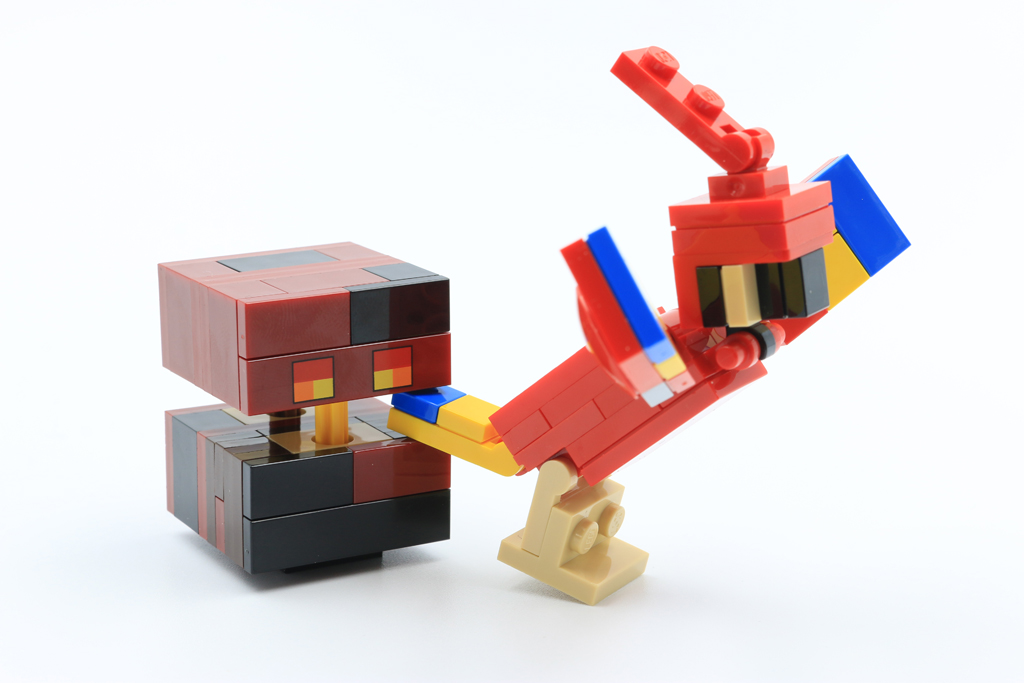