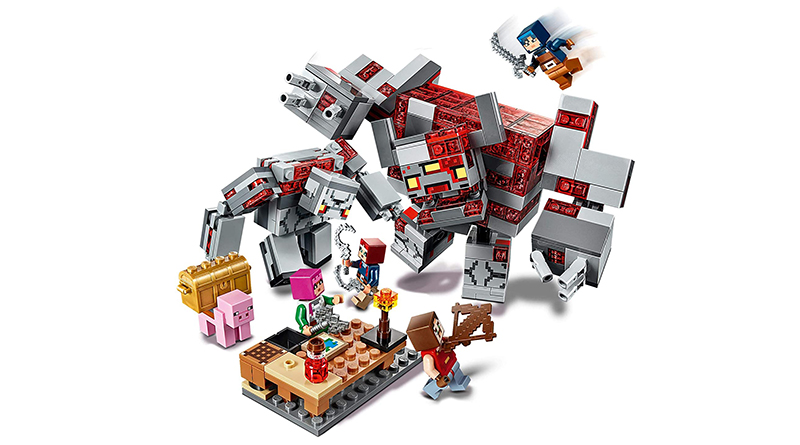 A new LEGO Minecraft set, 21163 The Redstone Battle, has been revealed in official images.

LEGO Minecraft is getting a new Dungeons subtheme, as revealed by the new set 21163 The Redstone Battle. Amazon has shared images of the new set, which is expected to launch this summer.

It is priced at £44.99 and is available to pre-order ahead of its June 1 release date.

Minecraft Dungeons is a new game from the popular franchise, due to launch on May 26. It promises to be ‘An all-new action-adventure game, inspired by classic dungeon crawlers and set in the Minecraft universe!’

This LEGO set is based on the game, with a red rather than green box demonstrating the slightly different focus. Included are four Minecraft heroes – Hex, Hedwig, Hal and Valorie. Articulated giants are also included, namely a giant Red Stone monster and a Red Stone golem.

As well as building the huge giant and smaller golem, the set constructs a table where the heroes are plotting their next move.