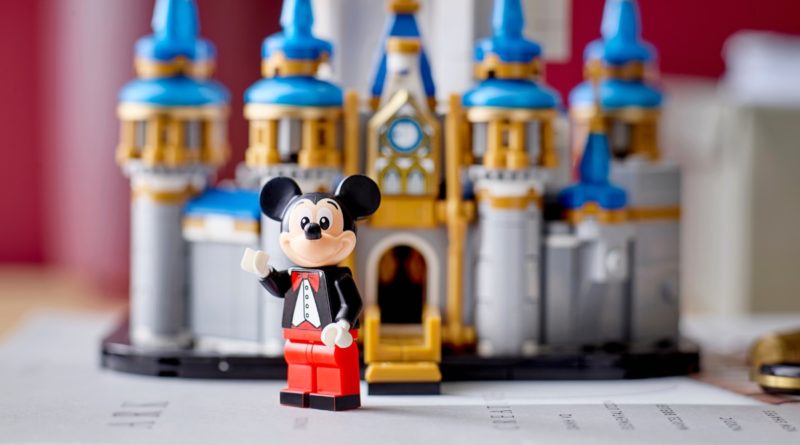 Following in the footsteps of several recent sets, 40478 Mini Disney Castle features a surprise Easter egg tucked away in its interior.

You might be shocked to learn that the microscale castle has an interior at all, but it’s not a huge one: just a straight corridor through the centre of its base. However, it’s populated by two black microfigures (Mickey and Minnie Mouse, perhaps?), and a nod to both of the LEGO Group’s biggest Disney sets to date.

That’s through the printed 2×3 tile of 71040 The Disney Castle, which originally appeared in 2019’s 71044 Disney Train and Station, while on the other side of the walkway is a 1×2 tile printed with Cinderella’s glass slippers, first seen in this year’s 43192 Cinderella’s Royal Carriage.

There’s clearly something in the water at Billund at the moment, because 40478 Mini Disney Castle isn’t alone in hiding secrets for its builder to find: two other October 1 releases have employed the same tactic, including 71395 Super Mario 64 Question Mark Block (through a hidden fifth level) and 21329 Fender Stratocaster (to a lesser extent, through its detailed amp interior).

But where both those models allow for access to their respective Easter eggs or hidden aspects when finished, 40478 Mini Disney Castle locks them away beneath a build that’s not designed to be easily removable. It’s a shame, and really the only point of contention we found in our detailed review of the brand new Disney set.

Dive into that review here to find out whether 40478 Mini Disney Castle is otherwise worth your time (and LEGO budget). You’ll be able to pick it up from LEGO.com and in LEGO Stores from October 1.