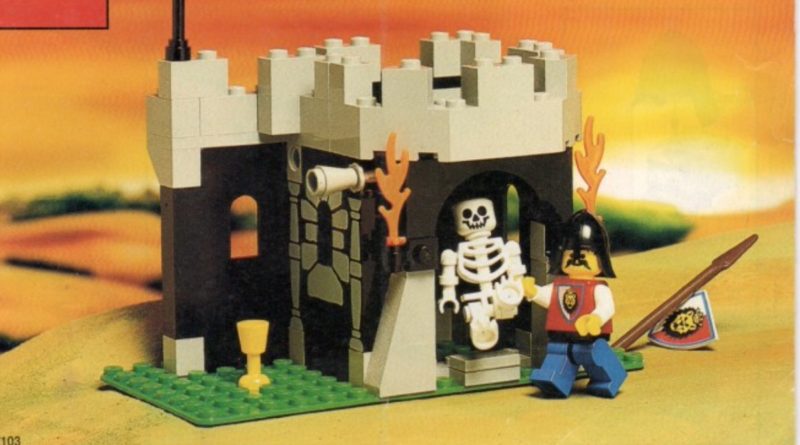 The LEGO Group’s latest Minifigure Madness showdown has seen a classic ‘90s character come out on top – despite the fact it’s never been referred to as a proper minifigure.

For the past couple of years, the official LEGO Twitter account has run a series of annual polls to find the community’s favourite minifigure. In 2021’s Star Wars edition, Darth Vader took the coveted crown – but this time around, the tournament started with 32 minifigures pulled from four decades of in-house themes, from Castle’s Forestman and Majisto to Adventurers’ Pippin Reed and the Collectible Minifigures’ Banana Suit Guy.

Also in contention was the classic LEGO skeleton, endearingly referred to as ‘Bones’, from 1995 – the year the unique character was originally introduced in Castle’s Royal Knights subtheme. But at no point over the past 27 years has the LEGO Group explicitly referred to the skeleton as a ‘minifigure’ alongside the main characters of any given set.

The set description for 2011’s 10217 Diagon Alley, for instance – one of the last sets to include the traditional skeleton – runs down all 11 standard Harry Potter characters in its list of minifigures, but conveniently neglects to mention the bag of bones among them. That isn’t unusual, either, but the norm for the LEGO Group – the same way it doesn’t refer to R2-D2 as a minifigure in Star Wars set descriptions.

The same held true even when the skeleton received a redesign in 2013, replacing its floppy arms with more rigid limbs for better poseability. Just look at the box for 75005 Rancor Pit, the first set to include the new version: it’s completely absent from the character line-up of Luke Skywalker, the Rancor Keeper and a Gamorrean Guard.

And yet – despite all that – Bones has taken the top spot in this year’s Minifigure Madness competition, triumphing over 31 other classic characters, including Banana Suit Guy in a heated final. Okay, we’re just poking fun at skelly’s classification – he has all the hallmarks and proportions of a minifigure, and in our eyes he definitely is one. (BrickLink classifies the skeleton as a minifigure, too.)

But there’s still a little twinge of irony behind it taking the crown in a Minifigure Madness ballot, despite never receiving the honour of being called a minifigure. Still, with this string in his bow, we fully expect Bones (or the modern version of Bones) to get full billing as a minifigure in all future sets.