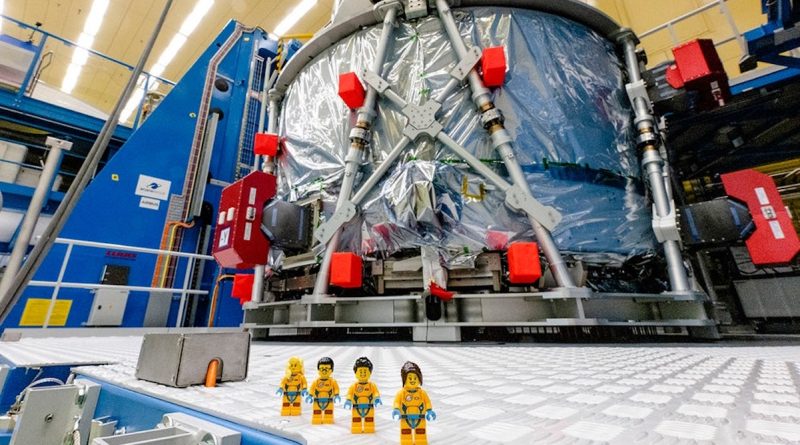 Today’s historic rocket launch to the Moon is set to include four special passengers in the shape of a crew of LEGO minifigures.

An exciting new era of space exploration will take place starting today, with the launch of NASA’s Artemis I. The giant SLS (Space Launch System) is the most powerful rocket ever developed by the agency and is intended to send people to the Moon and back after a 50-year absence.

The SLS will carry a test capsule, called Orion, around the Moon and then return it safely to Earth. The journey will take around six weeks, with the capsule eventually splashing down in the Pacific Ocean. Orion will be unmanned for this first mission, as a test for the new vehicle, but if successful will lead to NASA sending astronauts back to the Moon starting in 2024 onboard Artremis II.

However, the capsule will be carrying four special passengers in the shape of a crew of LEGO minifigures. NASA and LEGO Education is celebrating the historic event by launching the minifigures into space to promote the Build to Launch: A STEAM Exploration Series. Available now on the LEGO Education website for parents, teachers and students, the free 10-week course includes digital content relating to space, science, technology, art and mathematics.

Two of the minifigures (Kate and Kyle) are from the LEGO Education’s SPIKE Prime system, whilst two LEGO CITY characters (Julia and Sebastian) round out the crew. All four minifigures will be wearing striking orange space suits, complete with Classic Space logos. The LEGO CITY theme also returned to space earlier this year, with the launch of a number of new sets including 60348 Lunar Roving Vehicle, 60349 Lunar Space Station, 60350 Lunar Research Base and 60351 Rocket Launch Centre.

The latter set is based on the design of Artemis I, boasting NASA-inspired details, a multistage rocket with capsule, working launch tower lift and control centre. A recent listing from an online retailer has revealed a number of rumoured new LEGO CITY sets may be on their way in 2023, although no space-based items appear to be included in the line-up. As usual, do treat this information with caution until confirmed by the LEGO Group.

The Artemis I launch will take place today from the Kennedy Space Centre at 12:33 GMT / 8:33 EST / 1:33 BST. You can watch the livestream event via NASA’s YouTube channel right here.