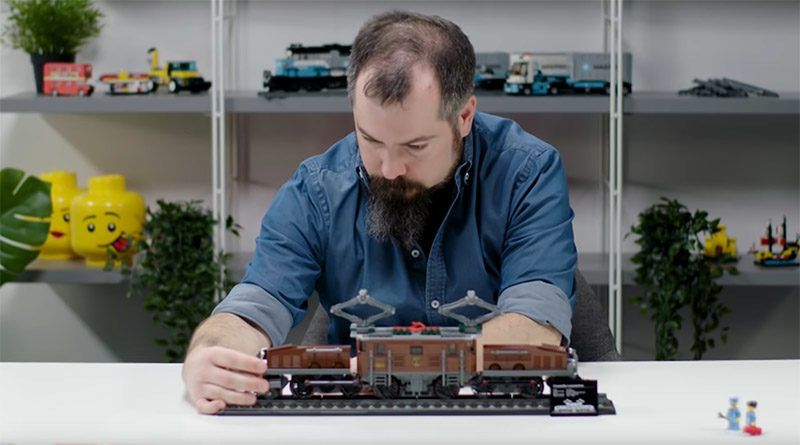 This month saw the launch of a new train set for adults, LEGO 10277 Crocodile Locomotive. In a new video from the LEGO Group, Designer Pierre Normandin explains a little about the history of the train and his work on the set’s design.

“This train is called crocodile because of the colour scheme also the way it moves in the curves, it acts like a reptile. Also because of its long nose that looks like the scout of a crocodile,” Pierre explains.

“When I start designing I always start with bricks. When I do my models I like to use existing elements a lot but in different ways, in ways they have not been used before,” the designer says.

“The first thing we had to figure out was the scale. In the beginning I did it a little bit smaller but we decided to make it a bit bigger so now it is seven wide. It’s also a challenge to work with an even number because our bricks are mostly in even numbers.”