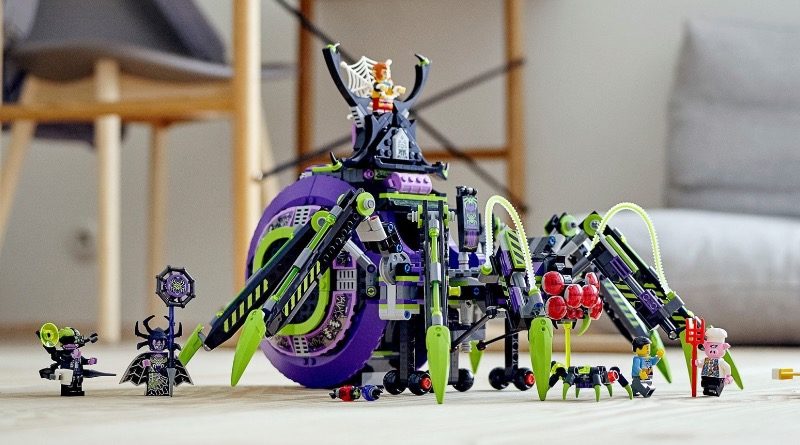 The LEGO Group’s references are starting to get really obscure, as LEGO Monkie Kid 80022 Spider Queen’s Arachnoid Base includes a nod to… a YouTube playlist.

Okay, so lo-fi girl is technically a viral sensation with her own Wikipedia page, but that doesn’t stop this sticker from being one of the LEGO Group’s more unorthodox hat-tips to pop culture.

Brickfinder first noticed the reference in an early review of the new Monkie Kid set from YouTuber Bricks By Mind, and shared a comparison image on Instagram.

For the uninitiated, lo-fi girl is an animated character created by Juan Pablo Machado for the ChilledCow YouTube channel. She’s the face of the channel’s lo-fi hip hop radio playlist, which streams chilled tracks for working or studying to – and has racked up more than 218 million views.

The graphic designer behind 80022 Spider Queen’s Arachnoid Base is clearly a fan, as one of the set’s stickers includes a very obvious LEGO recreation of the lo-fi girl, immortalising her in brick history.

Machado’s design deliberately apes Studio Ghibli’s art style, which the ChilledCow channel originally used before getting hit with copyright violations, so this is technically as close to LEGO Studio Ghibli as we’ve ever gotten.

The next wave of LEGO Monkie Kid sets – including 80022 Spider Queen’s Arachnoid Base – launches at LEGO.com on March 1.