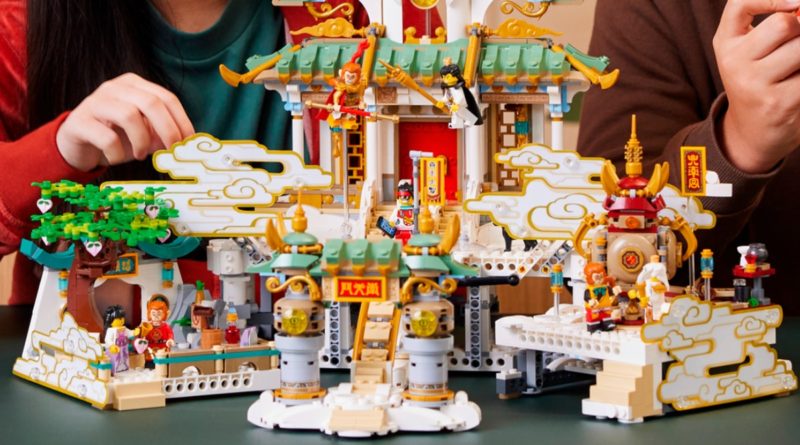 With LEGO Monkie Kid confirmed to continue in 2023, the theme could continue to grow its sets’ sizes as it has over the past three years.

LEGO Monkie Kid is one of the LEGO Group’s most recent original themes, retelling a familiar tale from The Journey to the West story with a new cast of characters. As well as an award-nominated animated series, the theme has also been subject to a yearly range of LEGO sets that gets bigger every year.

Following closely behind that total the next year was 80024 The Legendary Flower Fruit Mountain at 1,949 pieces, just 10 parts behind. However, both sets were quickly surpassed by the theme’s biggest sets in 2022.

Launched over the course of this year, 80036 The City of Lanterns and 80039 The Heavenly Realms feature 2,187 pieces and 2,433 pieces respectively. That’s almost 200 bricks above any other LEGO Monkie Kid set from the past two years.

With Monkie Kid confirmed to continue into 2023, it leaves us pondering how the theme will top them next year and whether it will at all.