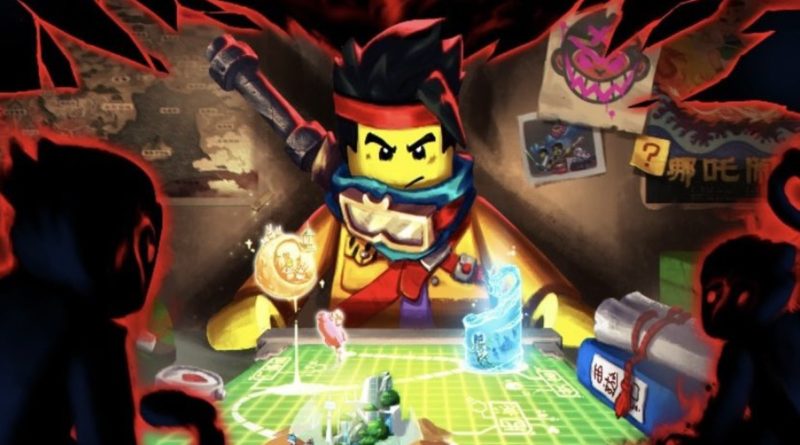 Concept art for the third year of LEGO Monkie Kid has revealed what the latest sets could have looked like, including an underwater location.

Senior creative director at the LEGO Group Simon Lucas has shared the initial concept art for the latest range of LEGO Monkie Kid. the image was created by senior concept artist for the LEGO Group Xiaodong Wen and includes familiar features that are present in the current line of Monkie Kid models, as well as a few key differences that might only be present in the TV show.

As the malevolent form of Macaque and his minions surround MK, the theme’s protagonist stares over a table projecting images of what is likely the locations he needs to visit on his latest quest. Two of these might be early versions of places seen in officially released sets with a moon for 80032 Chang’e Moon Cake Factory and a city for 80036 The City of Lanterns.

However, the third projection depicts a cylinder of water with rough waves and a character standing beneath the surface. This may suggest that the underwater area seen only in the 30562 Monkie Kid’s Underwater Journey polybag was at one stage intended to play a larger role, though this hasn’t been confirmed.

Whatever the initial concepts for the third year of the theme may have been, the most recent range of LEGO Monkie Kid models is available now with 30562 Monkie Kid’s Underwater Journey coming free with orders including Monkie Kid or NINJAGO builds over £40 / $40 / €40. The largest set of the wave also includes a personal touch referencing a LEGO designer’s anniversary.