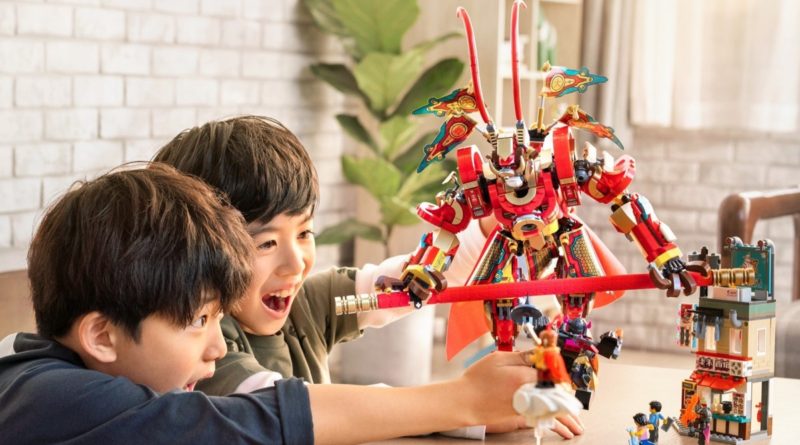 The LEGO Monkie Kid sets are coming to Amazon in the US and Canada, marking the first time they’ll be available beyond LEGO.com and LEGO Stores.

It’s part of the LEGO Group’s new partnership with Amazon, which will also see the accompanying animated series debut outside of Asia for the first time. Season 1 is now available to stream in the UK and North America, and will arrive in Germany and Japan on October 7. Season 2 will then follow in the UK, US, Canada and Japan on October 28, and in Germany on November 4.

Until now, the theme’s physical sets – which were originally designed to be sold exclusively in China – have only been available to purchase through official channels, including at LEGO.com and in LEGO Stores. And that’s meant they’ve largely been locked at full retail price, with the only effective discounts coming in the form of double VIP points.

Now that 80012 Monkey King Warrior Mech, 80024 The Legendary Flower Fruit Mountain (review) and so on are coming to Amazon in North America, however, there’s a solid chance that the third-party retailer will discount them in the weeks and months ahead.

Unfortunately, there’s no word yet on whether the theme will be coming to Amazon in the UK and Europe. LEGO Stores on this side of the Atlantic have already started pulling sets from shelves after poor sales, suggesting that the LEGO Group is winding back Monkie Kid here – but now that the TV series will be available to view in at least the UK and Germany, it may yet find a brand new and bigger audience.

The press release announcing the partnership between the LEGO Group and Amazon also hints at ‘new sets’ arriving in the autumn, although it’s not clear whether those are just new to Amazon (and therefore the current Monkie Kid range), or brand new sets altogether.