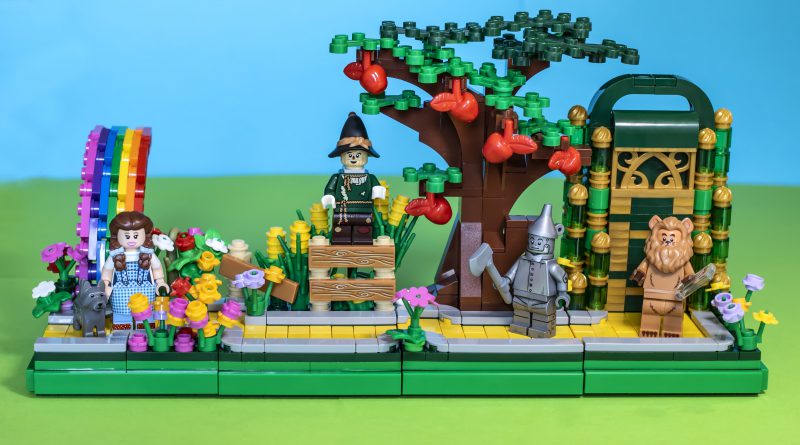 Brick Fanatics presents a series of vignettes based on The LEGO Movie 2: The Second Part Collectible Minifigures series. Now, the Yellow Brick Road comes together as a complete scene inspired by The Wizard of Oz

In this special bonus entry, the four vignettes inspired by The Wizard of Oz characters combine to create a larger scene.

When Brick Fanatics set me the challenge of making a series of connectable vignettes featuring the four main protagonists from The Wizard of Oz, I knew the iconic Yellow Brick Road was going to be the thread that would connect them all together.

I always knew I wanted to feature a rainbow in Dorothy’s vignette but originally I wanted the other three to be focused around the locations where she meets each character. The Tin Man and Cowardly Lion’s locations are very similar, so I decided to build the gates to the Emerald City for the last vignette.

When all four are connected together I think Dorothy’s journey through the merry old land of Oz to the Emerald City is perfectly represented. 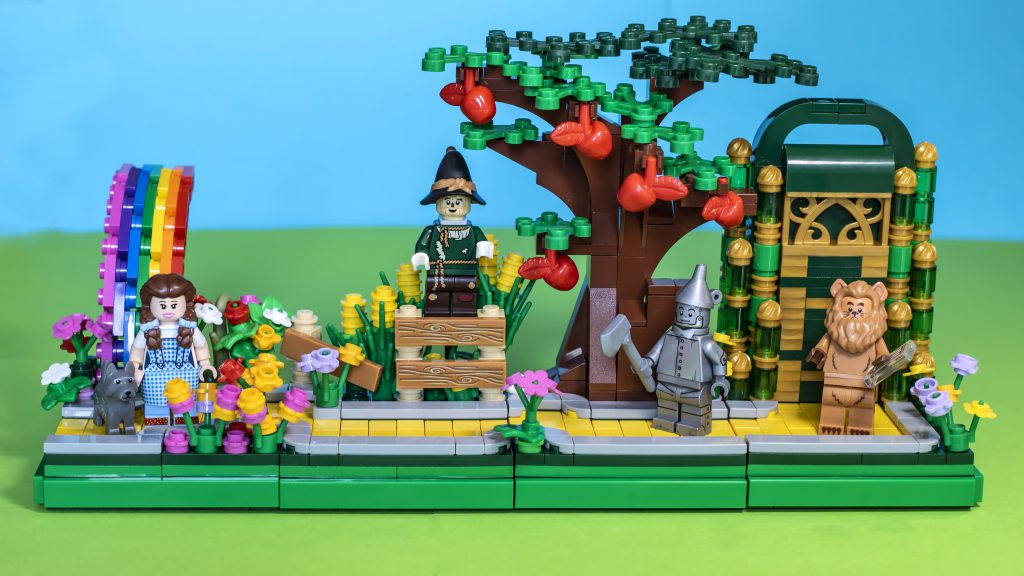 One thought on “The LEGO Movie 2 Collectible Minifigures vignettes: The Wizard of Oz – Follow The Yellow Brick Road”