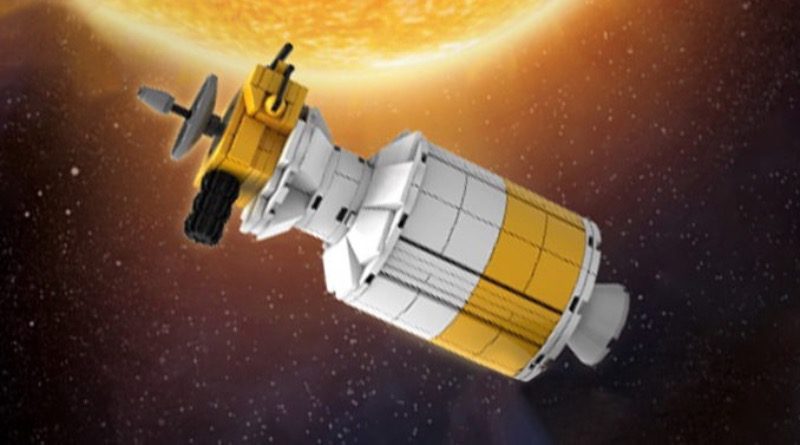 Unlike previous tie-in promo models, this isn’t a traditional gift-with-purchase. Instead, it’s a physical product available exclusively through the VIP Rewards Centre, which you’ll need to have a hoard of 1,800 VIP points (or roughly £12 in rewards vouchers) to acquire.

That means you’ll need to have spent roughly £220 at LEGO.com prior to purchasing 10283 NASA Space Shuttle Discovery. You could try ordering the £169.99 set and waiting for the VIP points to hit your account before placing a second order for the Ulysses Space Probe, but based on previous VIP-exclusive rewards, the mini model probably won’t last that long.

If you do already have enough points in hand to grab the freebie, set your alarm clock for tonight at midnight UK time, or 1am Central European Summer Time. That’s when 10283 NASA Space Shuttle Discovery will go live at LEGO.com for those of us in Europe, and presumably when the Ulysses Space Probe will appear in the VIP Rewards Centre.

While 10283 NASA Space Shuttle Discovery has set a new record for the most drum lacquered silver elements in a single model, the Ulysses Space Probe – probably by virtue of its limited run – uses yellow in place of drum lacquered gold pieces. That shouldn’t make it any less desirable for fans of real-world space exploration, though – and it’s definitely no less collectible. Expect it to sell out quickly.