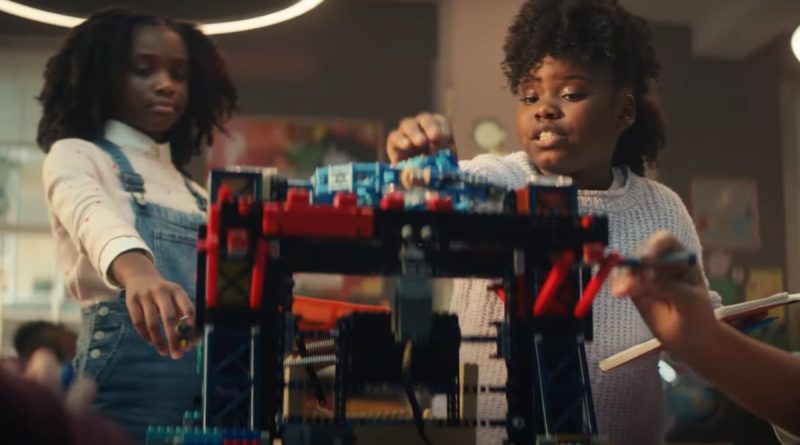 Made in partnership with Target as an advertisement for the retailer, a new short video for Black Panther: Wakanda Forever starring Dominique Thorne as Riri Williams, who will eventually be known as Ironheart. However, it might be worth watching the short as it includes an unexpected amount of LEGO.

The short tells the story of Riri Williams studying in Boston, possibly before an excursion to Wakanda, as she works on her suit of armour with a design that matches the minifigure seen in 76211 Shuri’s Sunbird.

Running alongside Riri’s narrative is another team of young inventors using LEGO to make a working model for an energy source. As well as these workshop scenes, a later shot of a Target toy aisle includes several LEGO sets.

LEGO plays a key part in this Black Panther: Wakanda Forever short and with a few models based on the film available now, it will be interesting to see if there could be a smaller cameo within the main film.

The familiar bricks have had a notable role in Marvel movies before including in the most recent Spider-Man trilogy featuring the LEGO Star Wars Death Star set.