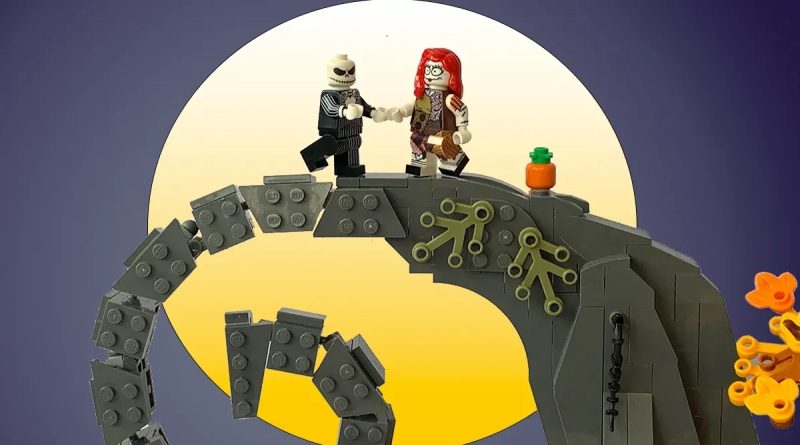 A LEGO Ideas project based on The Nightmare Before Christmas has just squeezed into the second 2022 review, giving yet another build a second chance at getting the green light.

The story of this review is one of second chances, with multiple rejected projects racking up 10,000 votes again – and the latest (and last) is Simon Scott’s The Nightmare Before Christmas, which originally qualified for review in February 2021. It was then rejected alongside 55 other builds in the record-breaking first 2021 review, from which only a single project was given the green light.

It’s facing similarly stiff competition this time around, given it’s one of a total 51 projects in the second 2022 review (the qualifying window for which closed last night). But there’s clearly demand out there for a full set based on Tim Burton’s 1993 film (following minifigures of Jack Skellington and Sally Stitches in 71024 Disney Series 2), as Simon’s revised build has crossed the threshold in just over a month.

The British builder has retooled the model following a tour around UK LEGO shows, increasing its size – most obviously with the addition of the town hall on the right – and adding new features for improved playability. The finished build contains approximately 2,000 pieces, along with eight minifigures – including Jack, Sally, Dr. Finkelstein, Lock, Shock, Barrel, Santa and Jack as Sandy Claws.

“The movie combining two favourite times of year is so well known and loved by all ages,” Scott explains on the project page. “Adults who watched it nearly 30 years ago are still watching it with their own children – myself included! I still believe this cross-generation appeal of such a unique movie deserves to have its own set immortalised in LEGO.”

We’ll find out whether the LEGO Group agrees when it announces the results of the second 2022 review, which will likely be in February 2023. Here’s the full and final list of projects in this round: