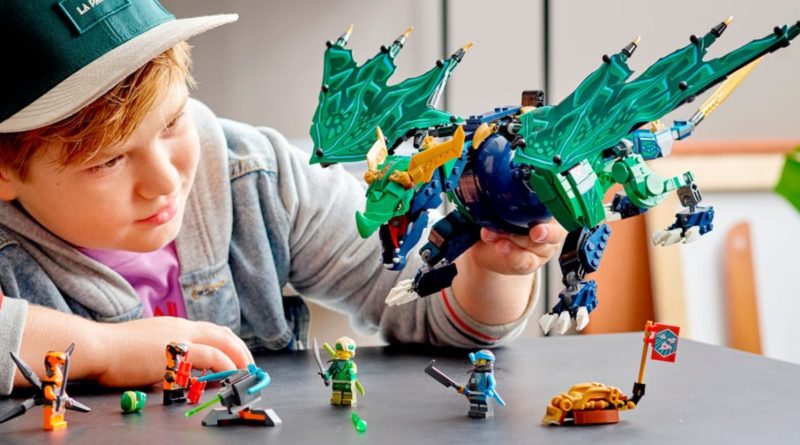 A tease from LEGO NINJAGO co-creator Tommy Andreasen has named the theme’s content for the second half of 2022 as ‘epic and ambitious’.

Tommy Andreasen has shared an update to his followers on Twitter, sharing his thoughts on the response to the theme’s decisions and changes and explaining how the aims of this year’s NINJAGO offerings differ between Core and what is yet to come.

NINJAGO Core is mentioned in the post – and has been reported previously – as hoping to draw a younger audience to the theme in the first half of the year. It’s doing so with a line of sets aimed at ages six and up, mixed with models suitable for younger and older age groups.

NINJAGO Core won’t have the usual TV show episodes to start 2022, though it has been confirmed that a normal season is on the way later in the year. Previous reports have revealed that the upcoming chapter will explore a mythical element of lore.

Now, Tommy Andreasen has stated that the 2022 instalment of the show will be an epic and ambitious love letter to the fans and the history of the theme. The post goes on to state that the NINJAGO co-creator believes that what is yet to come will be a high point for NINJAGO.

Rumours for NINJAGO 2022 sets include a collection of golden dragons and a build potentially named The Crystal King. While we wait to see what’s next for LEGO NINJAGO, nine new models are now available.