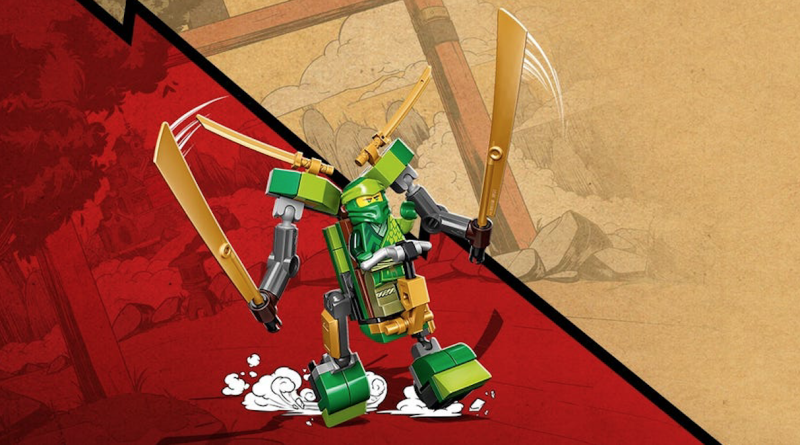 A brand-new gift-with-purchase polybag offer is available from today in the shape of LEGO NINJAGO 30593 Lloyd Suit Mech.

Fans of the LEGO NINJAGO theme can add a new set to their collections from today, with 30593 Lloyd Suit Mech now up for grabs as a GWP. The latest promotional set is available until October 15, with purchases of £40 / $40 / €40 or more on LEGO NINJAGO products.

30593 Lloyd Suit Mech first appeared on the LEGO Building Instructions site in early 2022, although the 59-piece polybag has only just now appeared in the wild. As well as a mighty green mech brandishing dual golden swords, the latest NINJAGO polybag build also includes an exclusive Lloyd minifigure. The promotional set follows in the footsteps of 30592 Mini Thunder Raider, when the previous NINJAGO GWP could be picked up back in June.

Coincidentally, 30593 Lloyd Suit Mech is also currently available as cover-mounted free gift with the latest issue of LEGO NINJAGO Giant magazine. Priced at just £4.99, the publication is certainly a much cheaper way of obtaining the polybag, if you’re not planning on buying any additional NINJAGO sets via LEGO.com or from LEGO Stores.