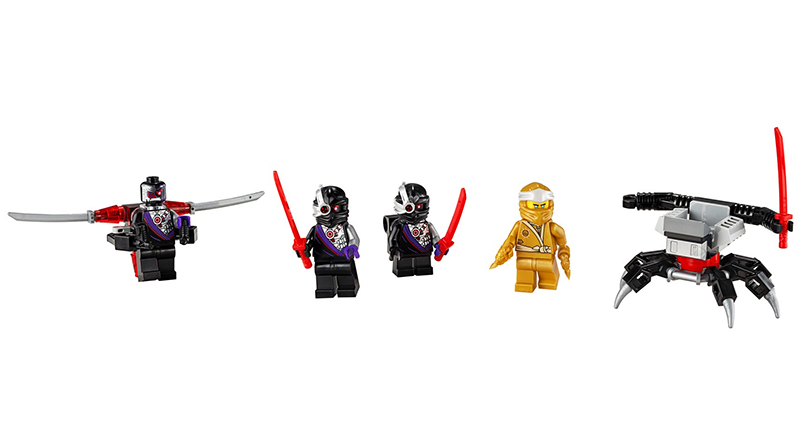 LEGO NINJAGO Legacy 40374 Golden Zane Minifigure Accessory Set has been listed at LEGO.com and will be released on March 1. The set contains four minifigures and a small build.

This little blister-packed sets includes the bricks to build a mech for the villains. Four minifigures are included – a Nindroid, two Overlord warriors and the exclusive Golden Zane.

Dedicated NINJAGO fans will love to recreate thrilling action scenes from season 3 of the TV series with this cool LEGO Golden Zane Minifigure Accessory Set (40374). An exclusive minifigure to this set, Golden Zane can be used by kids to role-play battles against a dangerous army of Nindroids and a unique crawler vehicle in the digital world of Digiverse. Kids are guaranteed to be entertained for hours as they escape into this exciting fantasy realm.

Other new exclusives available on March 1 will include 854011 Eiffel Tower Magnet Build and 854031 Statue of Liberty Magnet.