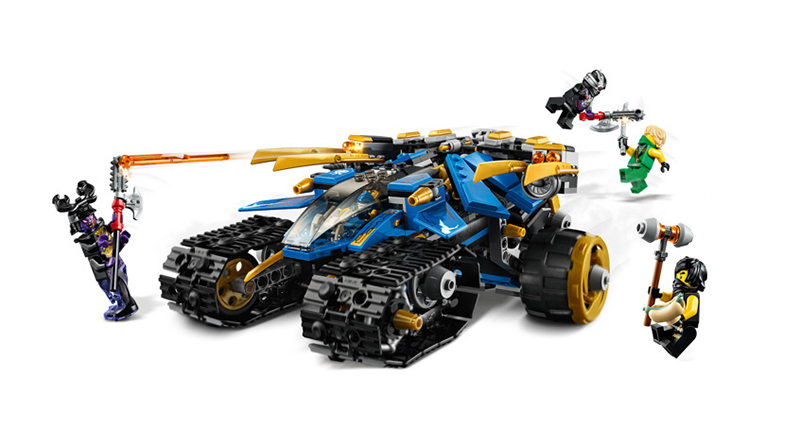 After being added to the Brick Fanatics’ Top 20 LEGO Sets List yesterday, LEGO NINJAGO 71699 Thunder Raider has sold out at the official online shop.

It seems that Brick Fanatics’ Top 20 LEGO Sets List is even more influential than the team here realised, as LEGO NINJAGO 71699 Thunder Raider was added to the list yesterday and has sold out in the UK today. It replaced 71040 The Disney Castle, which is also back on ‘out of stock’ status.

To fill the gap left by the appealing NINJAGO vehicle, which offers an excellent combination of a wheel/treaded mini tank and a hand-sized mech, LEGO Marvel 76125 Iron Man Hall of Armor has returned to the top 20.

76125 Iron Man Hall of Armor is the perfect display solution for all of those Iron Man minifigures, representing the Marvel Cinematic Universe (MCU) location where Tony Stark stores his suits – and his cars. It even includes four versions of the suit, which was constantly upgraded throughout the MCU films featuring the character, but rarely getting so many variations in one LEGO box.