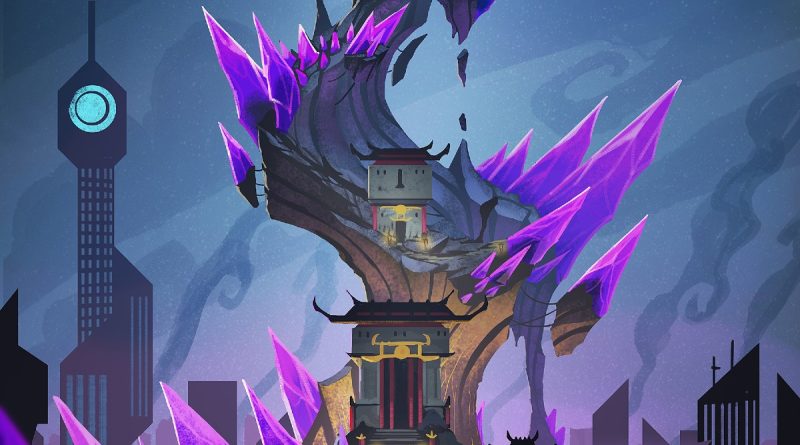 Rounding out the 11-year story, LEGO NINJAGO Crystalized’s release has been celebrated by members of the team with new concept art.

Lead designer Sven Robin Kahl and concept artist Nikolaj Mårbjerg Severin have come forward following the release of the entirety of LEGO NINJAGO Crystalized with a look behind the scenes at the season’s development.

With the theme covering both animated media and physical sets, the concepts offer insight into how designers and artists approach the concepts for LEGO NINJAGO, keeping in mind how one will translate to the other.

This can be seen in the concept artwork for the crystal hilts that cover the golden weapons. The renderings for the LEGO golden weapon elements are pictured on top with hilts that match the look of the show, with the final design introducing a tall extension to the purple hilt.

Similarly, the concept art for what would become the floating crystal temple, inspired by 71771 The Crystal Temple is drastically different to the final design. Instead of a floating island surrounded by smaller islands, it features an expansive tower with crystals sprouting from all over the surface.

As different as the designs are, you can see the similarities between this artwork and 71771 The Crystal Temple thanks to the arches spread around.

All of the LEGO NINJAGO Crystalized sets are now available on the official online store and don’t forget that double VIP points are currently available as well as the new 40562 Mystic Witch with orders of £100 / $100 / €100 or more until October 31.