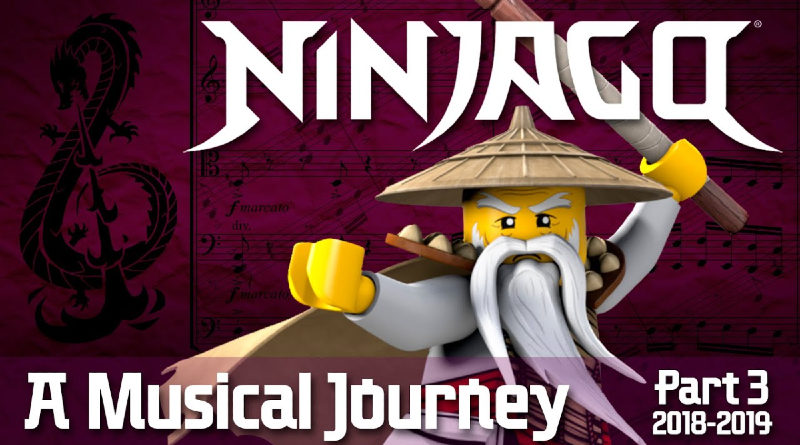 The third video in the series recounting the story of LEGO NINJAGO through music has now released, almost catching the collection up to the current day.

With LEGO NINJAGO celebrating it’s tenth anniversary this year, the LEGO Group is slowly but surely releasing the soundtrack of the show to YouTube, with the next chapter in the series bringing the sounds from the first year after the LEGO NINJAGO Movie.

Part three covers the years of 2018 to 2019 which included seasons such as Sons of Garmadon, Hunted, March of the Oni and Secrets of the Forbidden Spinjitzu and you can listen to the 34-minute video below.

One enticing aspect of this video series is the addition of visual elements on top of the music but without any of the added sounds from the TV show. That means you can enjoy the action of the show and the music without any interruptions from characters speaking or any other effects.

This is just a small part of the LEGO Group’s larger celebrations for the theme’s anniversary which also include the release of the biggest NINJAGO set yet, 71741 NINJAGO City Gardens.