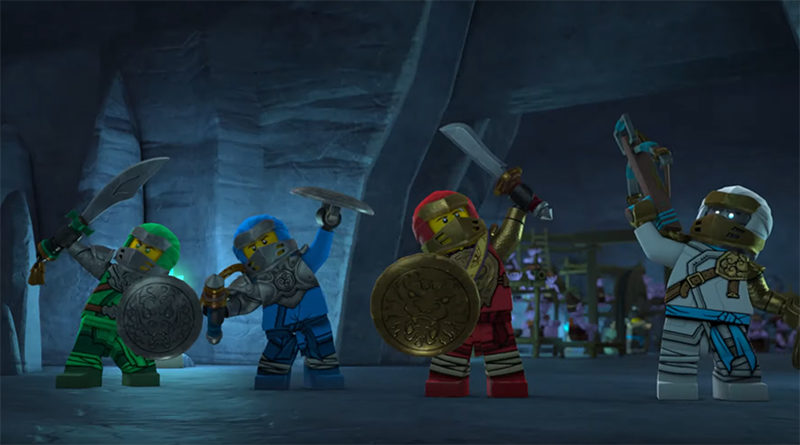 The talented creatives behind LEGO NINJAGO have disagreed on social media about whether the change to an 11 minute runtime for television episodes was a joke or a challenge worth taking up.

Twitter users have been testing out their comedic skills by finishing the sentence ‘I have a joke about… but…’, with Monica Lewinsky having particular success with the format. The Hageman brothers, the duo who have written the majority of the LEGO NINJAGO animated episodes but departed in 2018, tweeted: “We have a joke about Ninjago, but it’s eleven minutes long.”

A day later, Tommy Andreasen, co-creator of LEGO NINJAGO and several other story based themes, shared a tweet on the topic of 11 minute episodes: “Regarding the current 11-minutes Ninjago episodes: We all agreed it would be a challenge. But I felt it could be done well, and I am up for a challenge. And importantly at the time, it had to be done for the show to live. When Ninjago needed a champion, this ninja didn’t quit.”

It seems that the 11 minute runtime was mandated by someone other than the team working on the show. Given that LEGO Star Wars: All-Stars went with a 22 minute format but each episode split into two 11 minute sections, it seems that the LEGO Group may have opted for the new way of presenting animation. Given that this type of content has turned up on the LEGO channel, the decision could have been made so that the content is easier to repackage on YouTube.