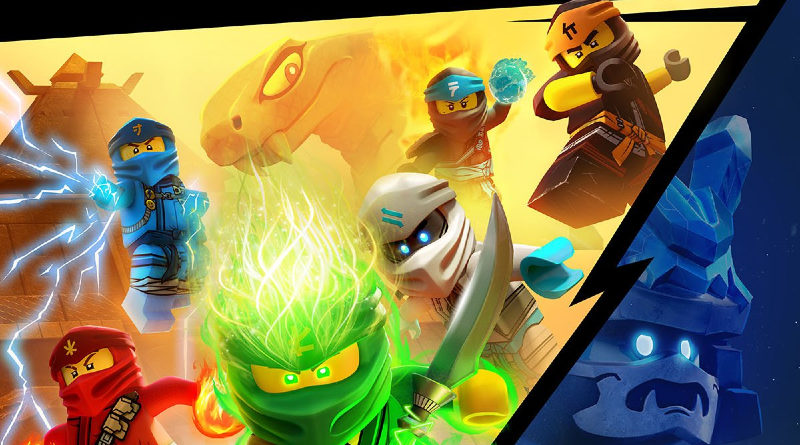 LEGO NINJAGO is celebrating its tenth anniversary and there’s no better time to look back at the ten years gone by, with the next chapter splitting the yearly story into three parts.

March of the Oni

Season 10 of NINJAGO was to be an important one, a testament to the theme making it as far as it had and to celebrate, the season would contain just four episodes, that together would form a feature–length movie. The LEGO Group clearly treated the season as such, releasing posters leading up to the release that teased the fates of the fan favourite characters.

Despite the season being shorter than most NINJAGO outings, it certainly wouldn’t skimp out on the story, addressing a cliffhanger left at the end of Hunted, just where had the Oni gone? Whilst the ninjas had been protecting their home realm from dangerous threats, the Oni had been travelling to every other, taking them over with their dark abilities, until only two remained. First, the Oni returned home to the first realm, where the dragon hunters now lived alongside the dragons and Firstbourne. However, they were no match for the Oni causing them to retreat.

Only one of the dragon hunters escaped, riding Firstbourne to NINJAGO and warning the ninja of the impending darkness. Unfortunately, the Oni moved too fast and the ninja had no time to prepare. NINJAGO City was taken over after the Oni emerged from the realm crystal, which now sat beneath Borg Tower. Aboard the destiny’s bounty, the ninja lead a rescue mission, evacuating just a handful of citizens while the others were frozen in the darkness.

With nowhere else to turn, the heroic team sought the help of Lord Garmadon who agreed to rid the realms of the Oni, travelling with Lloyd into the heart of the purple fog to destroy the realm crystal, and stop the spread of the darkness. Unfortunately, this did nothing and in a hasty escape, Lloyd grabbed the golden armour once used by the Overlord and hitched a ride on Pixal’s mech to safety. Meanwhile, the rest of the ninjas continued their rescue mission, causing Cole to become accidentally trapped in the darkness.

Holding their ground at Master Wu’s monastery, the golden weapons from the pilot episodes were forged from the armour, leaving the team and their various allies to lead a last stand against the Oni. In the heat of battle, Cole returned piloting a vehicle from the second season and together the team formed the Tornado of creation, also from the pilots, defeating the Oni once and for all. However, this would come at a cost. Lloyd was buried beneath rubble and wasn’t moving. In another realm, Lloyd finally met the First Spinjitzu Master, who had retired to his own personal realm and had watched the ninja save his home time and time again.

As an act of appreciation, he gave Lloyd a choice, stay and train with him or return home to his friends. Thankfully, the show must go on and Lloyd chose his new family as Lord Garmadon disappeared once again, this time without the golden weapons whose power had faded after so much use.

This season saw not too many sets release with only 853866 Oni Battle Pack specifically featuring the villains of the season. However, this did give the designers a chance to revisit some classic locations and vehicles in the form of NINJAGO Legacy, a new subtheme that would reimagine older sets with new pieces, new characters and more detail than before. One particular set was 70670 Monastery of Spinjitzu which finally remade Master Wu’s monastery with some new stickers that would tell the tale of NINJAGO up to March of the Oni.

Secrets of the Forbidden Spinjitzu: The Fire Chapter

The second season for NINJAGO in 2019 would introduce a new episode format as well as another new animation style, one that allowed for more flexibility in character movement, rather than sticking to the relatively rigid movement of minifigures. Season 11 of the show would be split into two parts, each with a different story and enemy faction to fight. It also introduced a new design for Master Wu, which would remain for some time before a change.

The season began with the Fire Chapter. The ninjas were taking a break after defeating the Oni, much to the distaste of Master Wu. He implored them to continue training, ready for the next threat. Annoyed, the ninjas sought out a quest, hearing news of a newly discovered pyramid in the desert, found by legendary adventurer Clutch Powers.

Some LEGO fans might be familiar with that name, as the theme reintroduced an older hero from his own movie in the modern day. Clutch Powers was a legendary explorer and treasure hunter in NINJAGO, who had even been responsible for finding one of the fang blades, and was mentioned by Cole in the first full season of the show. However, many initially saw this is as no more than an Easter egg, but in fact, it was a tease for the legendary LEGO hero’s role in NINJAGO.

The team joined forces with Clutch Powers to explore the pyramid, accidentally releasing a serpentine sorceress known as Aspheera, who stole Kai’s elemental powers and used them to create an army of fiery snakes to take revenge on the one who had entombed her. Fans were then introduced to more backstory on Sensei Wu and Garmadon as it was revealed that in their young age they had locked the sorceress away. The enemy faction for the season gave way to some stunning concept art which the LEGO Group has provided, showing their rugged and ancient design.

She used the power of the forbidden spinjitzu to exact her vengeance on Sensei Wu, and in the midst of combat, banished Zane to another realm, and another time. Claiming her victory, she was struck down by the team and locked away with the rest of NINJAGO’s villains, leaving the team none the wiser as to Zane’s demise. Wu was familiar with the power of forbidden spinjitzu and knew what had happened to Zane, vowing to travel to the realm, with no way of bringing him or the lost the ninja back. Hearing this, the team fought wu for the traveller’s tea and subdued him, taking the newly built Land Bounty across realms to find their friend and a way home.

Secrets of the Forbidden Spinjitzu: The Ice Chapter

The Ice Chapter carried on from where the first half of the season had left off, with the ninja crashing into the Never-realm, a land of ice and snow. Here, they began the search for Zane, coming across a village of the realm’s inhabitants. There they learned that an evil Samurai had been leading an army in taking over the realm and had apparently taken prisoners. The ninja concluded that Zane must be one of the prisoners but couldn’t leave the village undefended.

Lloyd volunteered to set out alone, finding a mech that had been stranded in the realm with Zane and would meet up with the team ready to rescue him in an all–out assault on the Blizzard Samurai’s fortress. Some concept art for the season showcases Lloyd’s journey, which became a focal part of the season.b On this journey he learned that Zane had been trapped in the realm for many years and met up with a new ally, Akita the formling.

The ninjas who remained to defend the village learned more about Nya’s elemental powers as she trained to control ice as another form of water. They also told the villagers more of NINJAGO and learned of a tree deep in the mountains that could transport them home. Cole took it upon himself to find the tree and the way home ready for Zane’s rescue. On his journey, he befriended a Yeti by the name of Krag, who was, unfortunately, missing from any of the sets. He also learned that this tree was the source of traveller’s tea, answering the question of where this powerful beverage came from.

Lloyd piloted a massive mech, accompanied by Akita to the Blizzard Samurai’s fortress where it was discovered that the leader of this enemy faction had been corrupted by Ice and a particularly sly advisor. After years of being trapped with the power of forbidden spinjitzu, Zane had forgotten his friends and had been transformed into the ice emperor, almost defeating Lloyd before remembering his true purpose, helping those who cannot help themselves.

Reunited with their friend and with a way home, the ninja freed the realm of the heavy ice and snow, and waved a sorrowful goodbye to their new allies, travelling back to NINJAGO, ready for whatever may come next. This half of the season saw the release of nine sets split between the two chapters. One of these sets was the mech used throughout much of the Icey journey, 70676 Lloyd’s Titan Mech. 2019’s selection of NINJAGO offerings was done and there’s only one year left before the story is caught up with the present day. The team had faced so much so far, but what would come next might spell game over for the team. 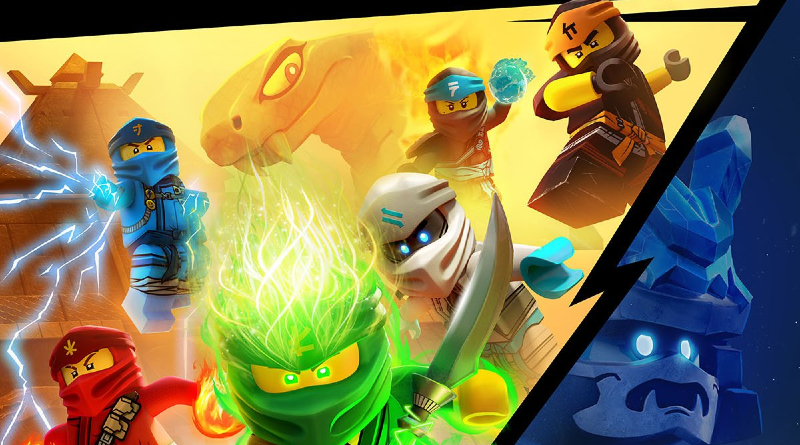