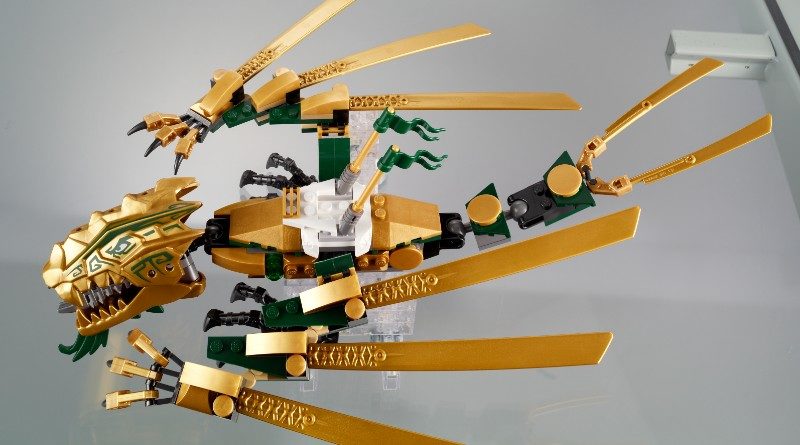 LEGO NINJAGO is celebrating a momentous anniversary, so it’s time to look back and discover the origins of the theme, with the next chapter of the story highlighting the legend of the green ninja.

This is the third feature in our series focusing on the 10 years of LEGO NINJAGO. Read up on the story so far, from the pilot episodes and development to the Rise of the Snakes.

When we last left the ninja, they had just defeated the great devourer with the help of Lord Garmadon, who fled after the battle, taking the legendary golden weapons with him. Thankfully the ninja had a new ally, young Lloyd Garmadon, who would need training to eventually become the legendary green ninja for a prophesied battle.

Whilst trying to locate Garmadon, a difficult task in itself, the ninja worked to train Lloyd and purchased a penthouse training ground for the young warrior to use. Unfortunately, the ninja faced their greatest enemy yet, rent, and were unable to defeat it. Thankfully, the brown ninja Dareth was happy to house them in his Mojo Dojo.

Meanwhile, Lord Garmadon was working to unite the golden weapons into one mega weapon. This new form was capable of creating absolutely anything, from a new Destiny’s Bounty to an ancient beast from NINJAGO’s prehistoric past.

That beast was the Grundal, whom Garmadon had resurrected to hunt down the ninja. He had also aged the four ninjas back to their childhood years, making them a lot less effective in combat. Thanks to some magical tea from Mystake, the ninja were aged back up along with the young Lloyd Garmadon, his childhood accidentally taken from him.

The villainous Garmadon travels to the dark island, the location for many of the season’s sets. One of the best selling sets for the season was 70503 The Golden Dragon, which received a legacy version in 2019 with 70666 The Golden Dragon.

On the evil island, Garmadon makes contact with the overlord, the most sinister force of all who would prove a thorn in the ninja’s side. The ninja in turn, journey to the island with Misako, Lloyd’s mother and another key character to be introduced.

A long and perilous journey through the dark island takes place, causing the ninja to lose much, but they manage to find the collectable items for the season, the elemental blades at the Temple of Light. With these, the fight against the indestructible stone army takes place, but not before the overlord can overtake Garmadon and leave the dark island. Originally, the overlord was meant to possess Lloyd instead, as can be seen in the concept below.

The team gives chase, and Lloyd awakens to his ultimate, golden power, summons a great dragon of gold and faces off against the overlord in what would come to be called the final battle. Thankfully, good triumphs over evil and the Overlord is cast away for another day. Garmadon is healed of the great devourer’s venom and becomes Sensei Garmadon, and the story of NINJAGO comes to an end.

That wasn’t the end of NINJAGO though, far from it. The story had only just begun and the series had been a hit with fans. It’s quite poetic that the real start for LEGO NINJAGO was supposed to be its end. Stay tuned for the next part in our series of features, as the theme is Rebooted.