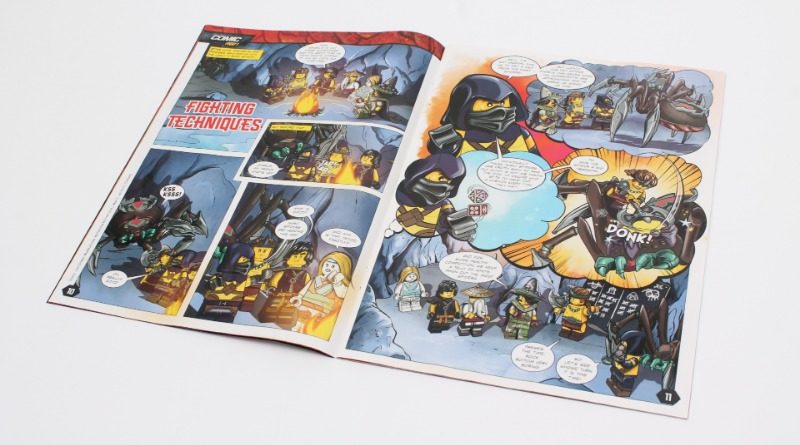 The latest issue of the LEGO NINJAGO magazine is available now, complete with a free Jay minifigure.

The LEGO NINJAGO magazine is one of Immediate Media’s oldest LEGO titles. It’s been running successfully in the UK since 2015, and has since been exported to other countries around the world. And for most fans, it’s worth picking up for the free LEGO alone.

But there’s more to Issue 69 than just its minifigure, of course. Your £3.99 will also net you a packed 36-page magazine, including plenty of puzzles, comics and activities to keep younger fans entertained.

There’s also a double-sided pull-out poster, featuring some awesome artwork of the Master of the Mountain sets on one side. The other offers up a genuinely cool rendition of 71720 Fire Stone Mech, which you’ll appreciate even if you are a fully-grown adult who doesn’t want to put a magazine poster on your wall.

Issue 69 of the LEGO NINJAGO magazine is available until December 8 at newsagents and supermarkets. Issue 70 launches on December 9, and includes a free Munce minifigure.

For a closer look at this month’s Jay minifigure, check out our in-depth spotlight here.