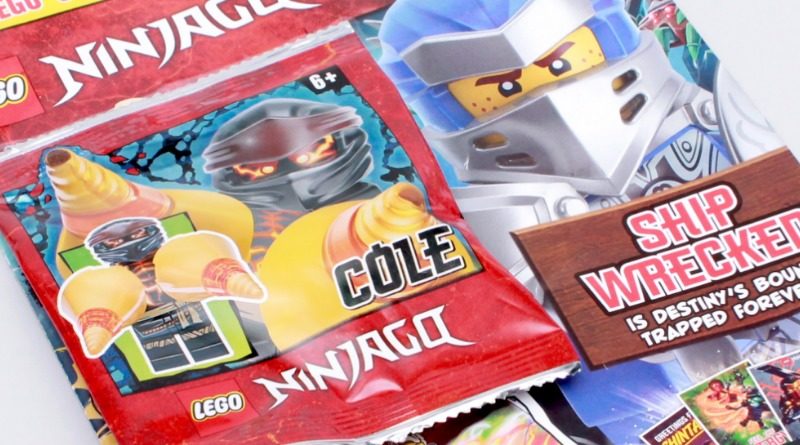 The latest issue of the LEGO NINJAGO magazine is available now, and comes complete with a free Cole minifigure – and a couple of rare parts.

The LEGO NINJAGO magazine is among Immediate Media’s longest-running LEGO publications, having been published monthly since 2015. It’s now coming up to its sixth year in print, and shows no signs of slowing down.

That’s good news for NINJAGO fans, because it provides a cheap and easy way to get your hands on all kinds of minifigures and parts. This month’s foil-bagged freebie is a Cole ‘Burst Mode’ minifigure, which has only appeared in one other set, 2020’s 70685 Spinjitzu Burst – Cole. You can take a closer look at the character here, including the relatively rare pieces it’s bundled with.

This month’s issue also gives us another good look at the heroes and villains arriving in March’s island-themed NINJAGO sets. You can find out more about those colourful models here. Otherwise, there’s plenty to keep younger fans occupied, including the usual mix of puzzles, comics, posters and activities.

Issue 71 of the LEGO NINJAGO magazine is available until February 2 in all good supermarkets and newsagents, where you can pick it up for just £3.99. Next month’s issue will then launch on February 3, continuing the Burst Mode theme with a free foil-bagged Lloyd minifigure.