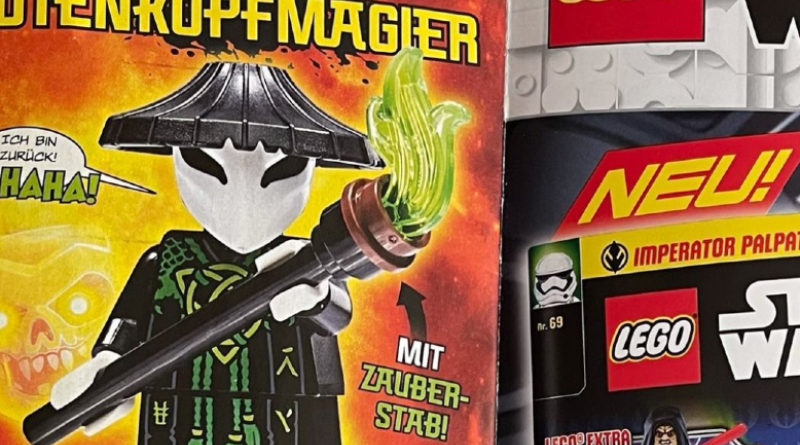 A future issue of the LEGO NINJAGO magazine will include the main villain for the season in minifigure form, only previously available in two other sets.

If you’re a fan of LEGO NINJAGO’s latest season then you might want to keep an eye on future issues of the accompanying magazine as it looks like the main villain’s minifigure will be making a much more affordable appearance.

Promobricks has shared a look at the most recent issue of the German NINJAGO magazine. The upcoming addition includes a minifigure of the Skull Sorcerer, including the exclusive hat and mask piece. While this minifigure is missing the wings, it still serves as a great way to get the character if you’ve yet to buy either 71721 Skull Sorcerer’s Dragon or 71722 Skull Sorcerer’s Dungeons.

The minifigure comes with the exclusive head, torso and robe prints as well as the unique mask element and a magic staff, with a green mote of flame lit atop it.

Unfortunately, the exact issue number can’t be seen but it looks like this issue will go on sale on March 23, at least in Germany. Other regions will simply have to keep their eyes peeled. If you can’t wait to get this figure then both of his other appearances, 71721 Skull Sorcerer’s Dragon and 71722 Skull Sorcerer’s Dungeons are available now.