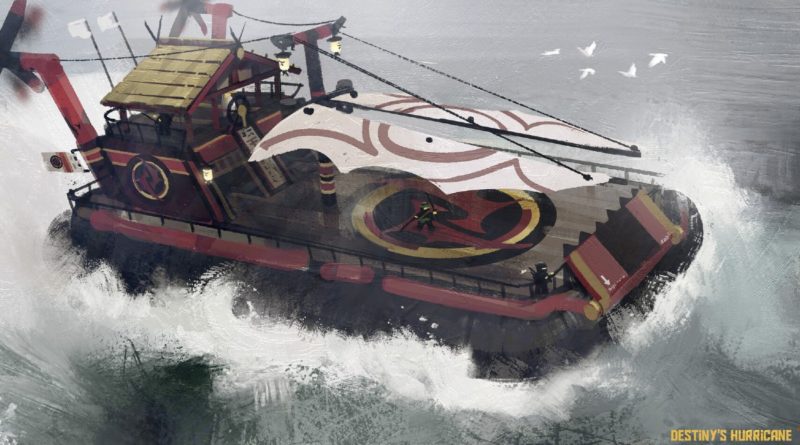 Concepts for the LEGO NINJAGO Seabound season have revealed that a hovercraft and a crustacean-themed vehicle were once in the series.

Concept artist and design master at the LEGO Group Matt Betteker has shared concept art for the theme’s Seabound season on his ArtStation profile, revealing what could have been for the subtheme such as early designs for the Hydro Bounty.

Originally, the submarine was designed to be more industrial in appearance with a larger harpoon on the front.

The final product of the Hydro Bounty can be seen in 71756 Hydro Bounty, which is itself inspired by the submersible in the animated series. It opts for a more futuristic appearance.

Further down in the Seabound collection of concept art, an entirely different vehicle can be found. Labelled as Destiny’s Hurricane, this appears to be an alternate version of the Destiny’s Bounty and is a hovercraft with two fans and a wide-open deck.

We can only imagine what the Destiny’s Hurricane would have looked like as a set. You can find more concept art on the ArtStation page for Matt Betteker and 71756 Hydro Bounty is still available on the official online store as well as other Seabound models.