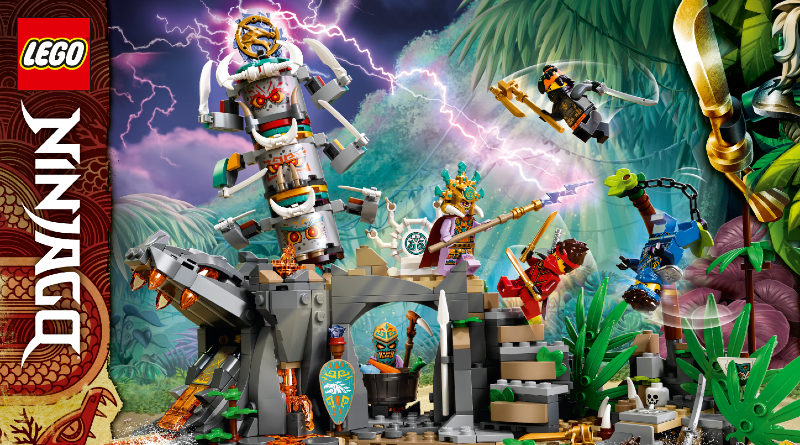 The LEGO Group has published the first images of the LEGO NINJAGO Season 14 jungle-themed sets.

LEGO NINJAGO is back for another season, kicking off 2021 with a trip to the jungle. The six ninja are back in a new range of sets featuring new pieces, characters and locations for fans to explore.

The new range of sets ties into the latest season of the TV series, which will focus on Nya and her elemental powers as well as pay tribute to Kirby Morrow, the voice actor of Cole who recently passed away.

Check out all the images for the Season 14 sets below.

These four sets will be available in March, but no specific date has been given.

LEGO NINJAGO celebrates its 10th anniversary today with plenty of celebrations happening for fans to enjoy. 71741 NINJAGO City Gardens launches today and you can check out a full image gallery and how to line it up with the previous NINJAGO City sets. Nine NINJAGO Legacy sets have already launched at LEGO.com, while another two will arrive in June.