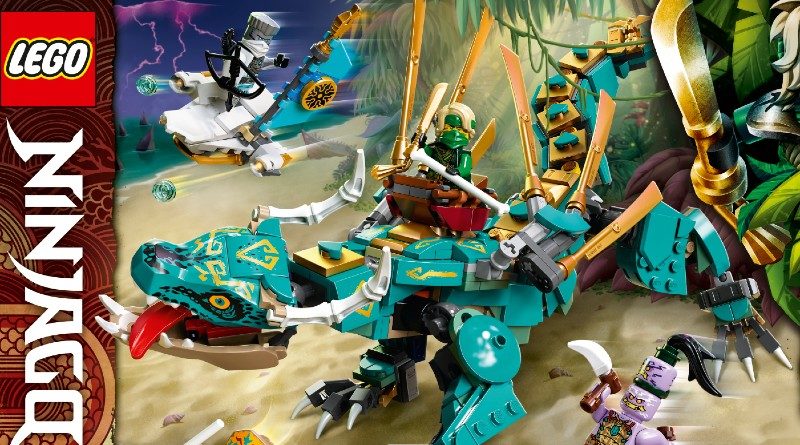 The prices and character names for the Season 14 LEGO NINJAGO sets have been revealed, giving a first look at what the island adventure will cost fans.

Brickset is listing the prices and some new character names for the LEGO NINJAGO Season 14 sets that the LEGO Group recently revealed. With these, fans can learn about the new foes of the season and just how much the Island adventure will cost them.

Next up is 71746 Jungle Dragon featuring a teal dragon build with 506 pieces and a small windsurfer. Four minifigures are included with Lloyd, Zane, and new characters Poulerik and Thunder Keeper. This colourful dragon will set fans back £34.99 / $39.99 / €39.99.

The next set will take the ninja to the home of the new enemy tribe with 71747 The Keepers’ Village. The mountainous build with a totem at the top includes 632 pieces and five minifigures. Cole, Jay and Kai are battling Chief Mammatus and the Thunder Keeper in this set that costs £44.99 / $49.99 / €49.99

These sets join nine NINJAGO Legacy sets that have already launched at LEGO.com and another two that will arrive in June. And of course, fans shouldn’t forget 71741 NINJAGO City Gardens, the biggest NINJAGO set that released for early access just yesterday.