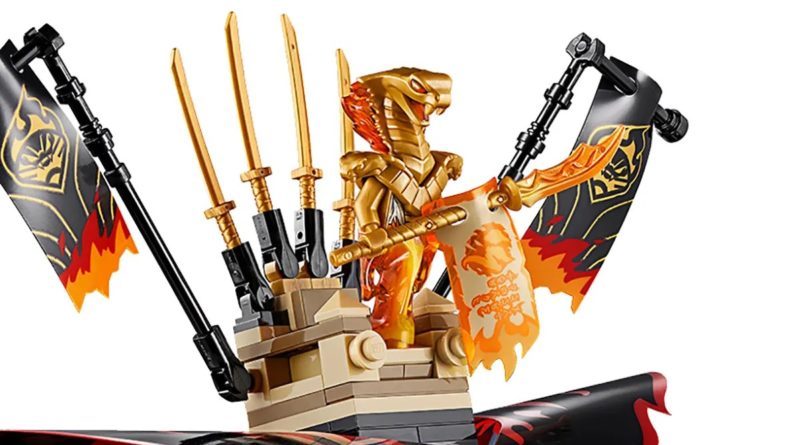 New rumours for LEGO NINJAGO in summer 2022 suggest that a trio of previous villains will return to the theme in crystal-themed sets.

Promobricks reports that Harumi, Aspheera and Pythor from former seasons of NINJAGO are included in a range of builds planned for release in summer 2022, as well as more details for the previously rumoured sets.

Harumi was last seen in 71708 Gamer’s Market while Aspheera was featured in 70674 Fire Fang, though the rumours suggest that all three will have a new appearance in the potential upcoming wave. Pythor’s most recent appearance was in 70679 The Ultra Dragon.

The source reports more details for the initial nine sets, providing updated information on the models and minifigures. You can find a condensed list of the rumoured models below with the possible piece counts and prices:

Notable sets in the rumoured list include 71769 Cole’s Dragon Racer which is said to include a new version of Aspheera with crystal armour and pink fire as well as a transparent sword. An armoured minifigure of Kai is also mentioned with wings on the armour.

71771 The Temple of the Crystal King is also reported to include tensegrity in the build, which suspends a prison in the air. 71772 The Crystal King is rumoured to feature a new version of Harumi as well as a brick-built figure that looks like a centaur with golden armour. 71775 Nya’s Samurai-X Mech is mentioned to include the third returning villain with a fresh Pythor minifigure.

As always, these are only rumours until officially announced by the LEGO Group so be sure to take them with an appropriate level of caution as we await to see what is next for LEGO NINJAGO. A previous tease for the second half of 2022 mentioned epic and ambitious content.