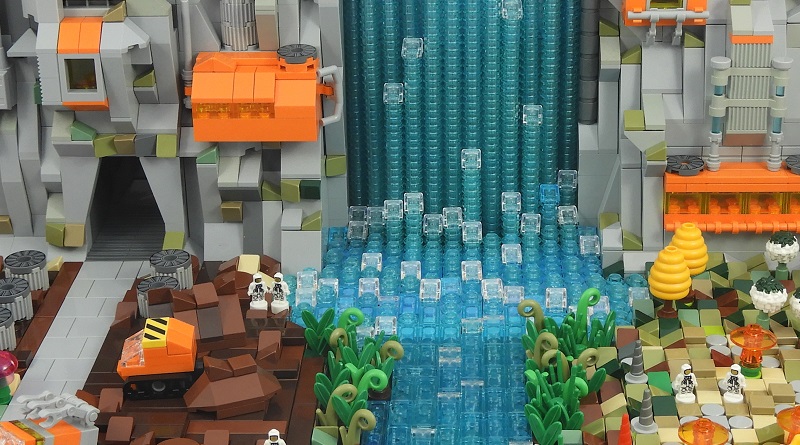 The year is 2049 and Earth’s resources have been very nearly exhausted because of over population and mankind’s neglect of our precious planet. As a result, the race is now on to locate and investigate planets within our reach to determine if they are near-habitable, as research into ecological life support system technology has made little progress.

The Off-World Colonisation Coalition is an intergovernmental organisation that was tasked to find an alternative planet (or planets) by combining resources, scientists and technologies to expedite this critical mission. Once the Remote Probe Team have analysed the data of the planet’s atmosphere the Assessment Team is deployed to establish a base location and initiate their work. 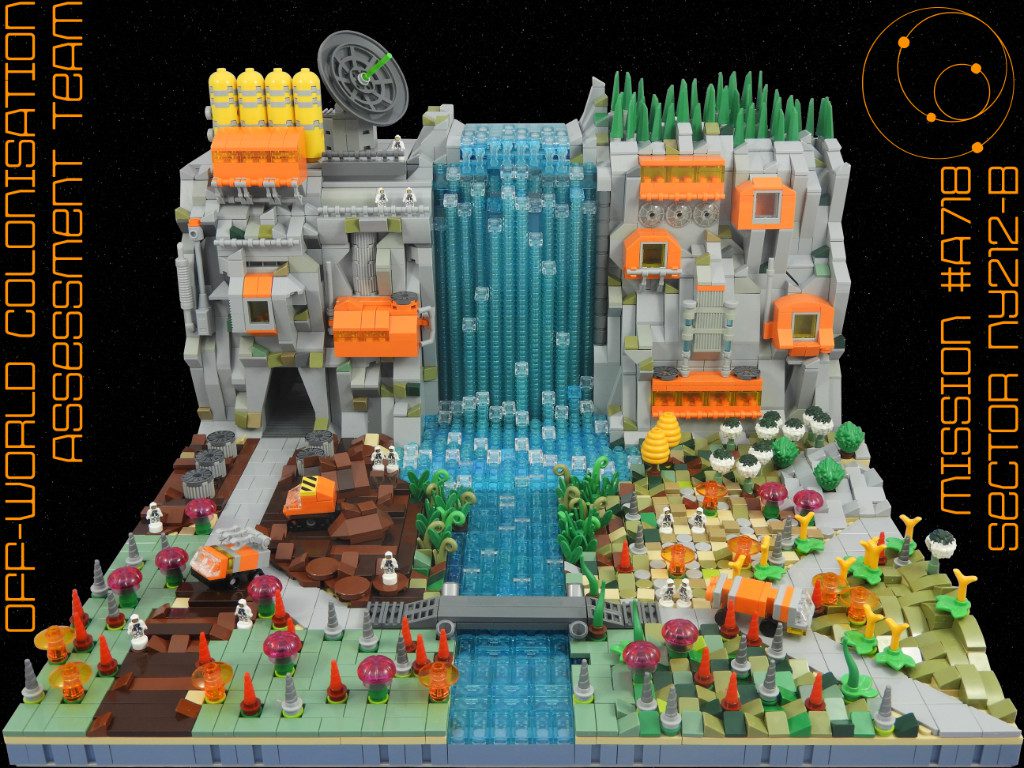 I’ve always loved the microfigures from the LEGO Ideas 21309 NASA Apollo Saturn V set and I was eager to build something to that scale. I’d also seen some wonderful MOCs which included waterfalls and I wanted to attempt it myself but do something a little different.

I decided to use a 48×48 baseplate and built the waterfall and cliff face initially. The cliff face was reworked as I created the small buildings using orange parts to create a bold effect.

I’d sourced a number of interesting parts including the blades and spikes to create the tree line on the top right, as well as green cattle horns, beehives and green Joker minifigure hair to create unusual flora and fauna.

My favourite part of the build experience was creating the microscale vehicles which have been deployed to investigate and terraform the terrain, taking inspiration from LEGO City Advent Calendar vehicles for parts and ideas.

To see more of Justin’s LEGO builds, check out his builds on Flickr, where his handle is justin_m_winn