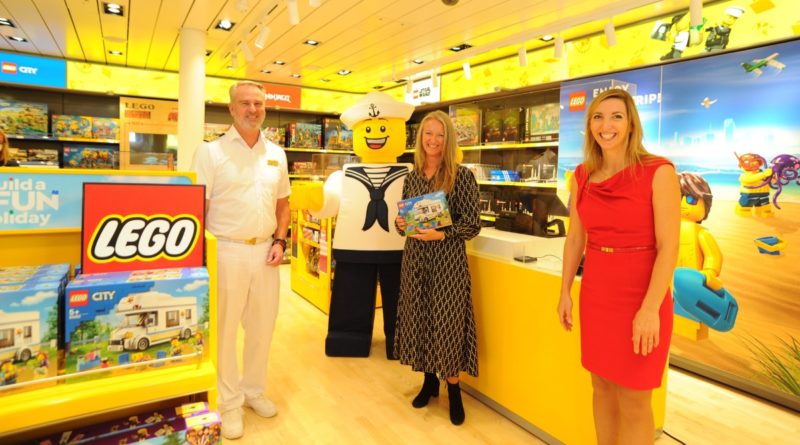 While rumours of a new LEGO Titanic set continue to circulate, the LEGO Group has gone meta by opening its first brand store on a cruise ship.

“We are thrilled that we are opening our first LEGO store on a cruise ship on AIDAprima,” said Rosendahl. “The LEGO Store offers an intense brand experience that allows children and adults to [interact] with our brand, and we look forward to conveying this experience to AIDA guests.”

The LEGO Group originally expressed interest in opening a store aboard a cruise liner back in February, following the debut of its first travel store in Salt Lake City International Airport – the beginning of what will apparently be an entire network of US airport stores.

AIDAprima’s store spans 75 square metres and stocks pretty much everything you’d expect to find in a regular LEGO Store, from classic themes like CITY, NINJAGO and DUPLO through to huge sets like 71043 Hogwarts Castle, 31203 World Map and 75192 Millennium Falcon. (The jury’s out on whether the rumoured 10294 Titanic will be on board if it does materialise later this year.)

Simply put: you’re going to need a bigger suitcase. If you’d like to hop aboard the cruise liner and check out the store for yourself, AIDAprima will depart from Kiel every Saturday through October 23 on a seven-day Baltic Sea trip. It will then set sail from Hamburg through April 2022.