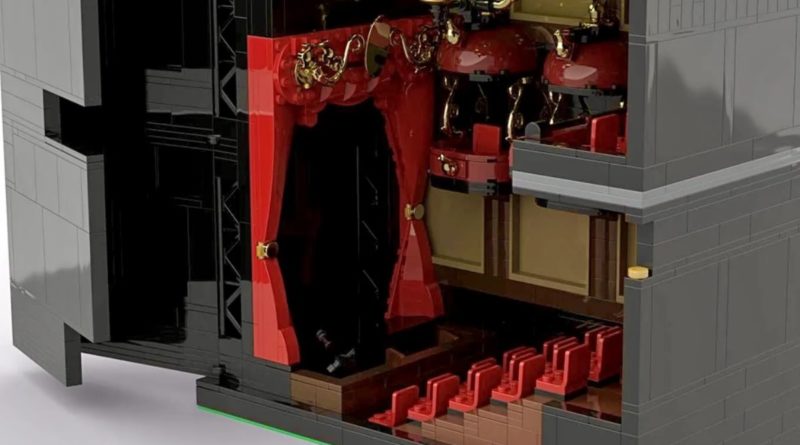 A LEGO opera house has cracked 10,000 supporters on LEGO Ideas, and will now bring a little culture to the first 2022 review.

It’s South Korean builder Jiwoo Seon’s second project to hit 10K in this round alone, following their brick-built library, and takes a similar approach to that design in aping the LEGO Group’s modular building format. Going down that route has historically precluded LEGO Ideas designs from getting the green light, presumably because they’ll then conflict with existing products.

There’s no reason to think things will be any different this time around, but there’s always the possibility that the LEGO Group decides to adapt a library or opera house into a non-modular format. In any case, that designs like Jiwoo’s keep reaching the review phase so quickly – both The Library and The Opera managed it in less than two months – suggests there’s demand for more modular buildings than one a year.

And if one of those ended up being The Opera, nobody could really complain. ‘Enormous’ and ‘ornate’ would both be applicable adjectives for the two-storey build, which was apparently born out of its designer’s love of musicals, and is comprised of 2,999 pieces – one shy of the LEGO Ideas platform’s limit for submissions.

It’s the 21st project to achieve the necessary backing in this round (so far!), with more and more builds reaching that milestone by the day. Will the first 2022 review surpass the record-breaking second 2021 review, which saw an overwhelming 57 projects make the cut? Only time will tell, but with more than two months still to go in this qualifying period, it might just get close.

Here’s the full line-up of every LEGO Ideas 10K project in this round so far: