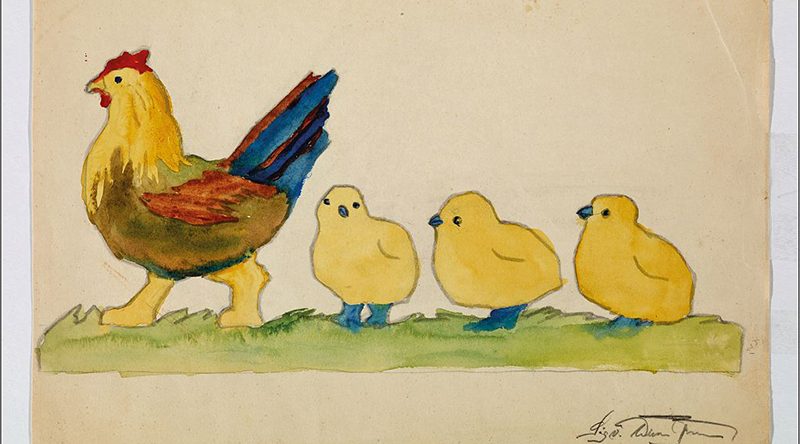 A new LEGO Originals print has been revealed, that will be added to the VIP Reward Centre on a future date.

LEGO.com launched a new VIP scheme recently, which gives fans new ways to ‘spend’ the VIP points they accumulate. After its launch, the platform introduced a new series of LEGO Originals prints, which most recently continued with the First Edition Art Print – Illustration in Water Color for LEGO Wooden Toy Elephant, Circa 1937.

While it is not yet available to claimin the Reward Centre, LEGO.com has revealed another new print – Illustration Wooden Toy Hen and Chicks, Circa 1937. The original artwork was a water colour product sketch from the early days of the LEGO Group, that is reproduced here as a limited edition print. It is not available to buy, but is listed at $15.99 – giving fans a sense of the value that the LEGO Group attaches to these items. 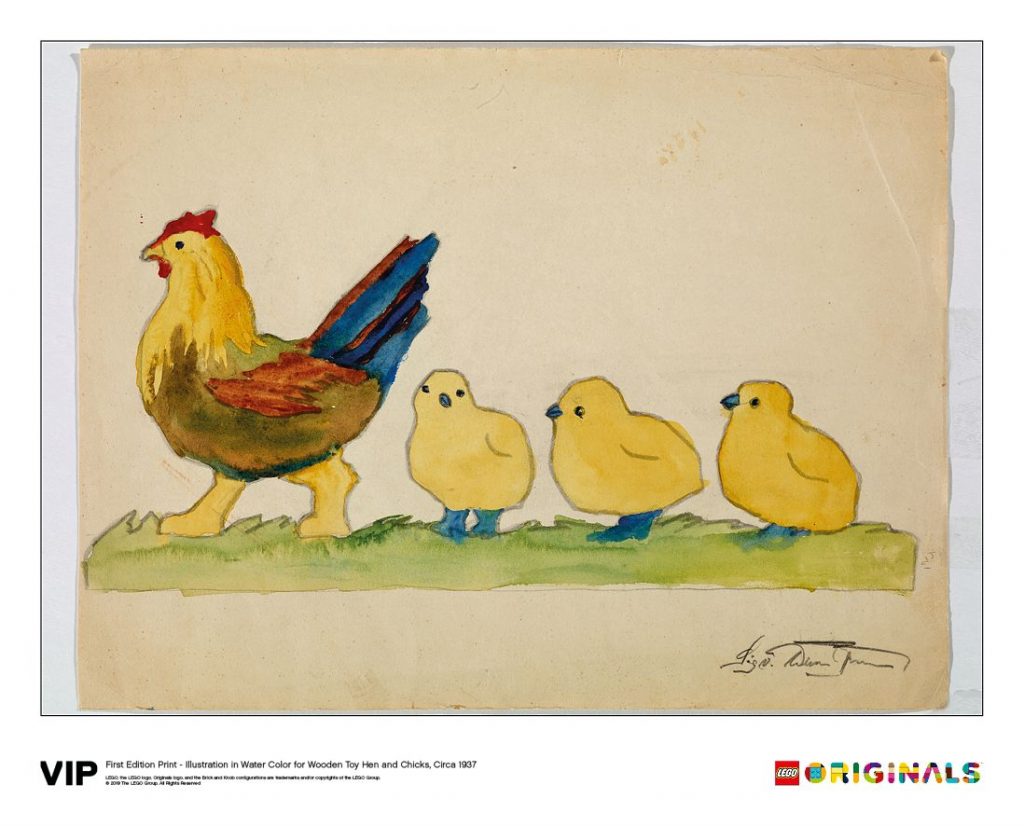 Fans should keep an eye on the LEGO.com VIP area and watch out for when they can redeem the items using their points. They will then be sent a one-off code that can be used with any order at the website and the reward item will be shipped alongside the order.