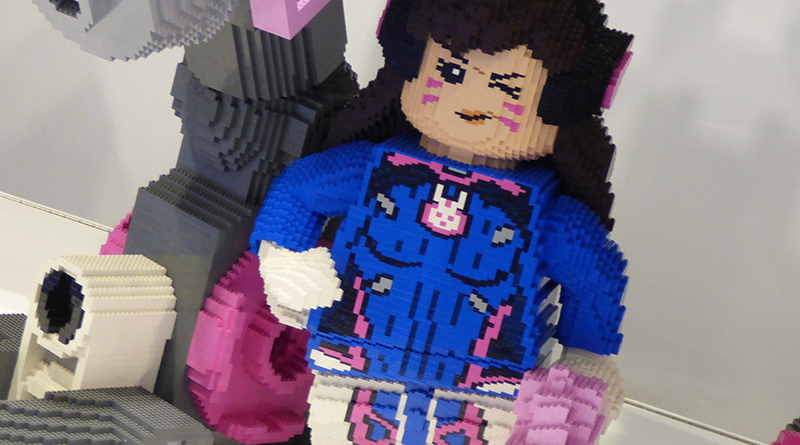 MCM Comic Con London took place at the ExCeL Centre from May 24 to 26, 2019, with a giant LEGO Overwatch build on display and hands-on building for geeks to get stuck into.

From Friday, May 24 until Sunday, May 26, MCM Comic Con London 2019 took over the ExCeL Centre to bring UK fans the opportunity to meet their idols, pick up some merchandise or check out impressive photo opportunities.

For LEGO nerds, it was an opportunity to see an impressive Overwatch build up close. The LEGO Group brought an upscaled version of D.Va, based on 75973 D.Va & Reinhardt (review), to a UK convention for the very first time. This brick built mech uses 145,276 pieces, with around one third of those in pink, and took 731 hours to put together.

Elsewhere in the enormous convention hall, BRICKLIVE and Bright Bricks brought a hands-on building area to the event, where fans could spend time away from the busy convention to indulge their imaginations. The area was decorated with LEGO landmarks, with the Empire State Building being bothered by King Kong.

A few LEGO goodies could be found in the shopping area for the savvy collector to consider.

To find out when the next MCM Comic Con event is happening, visit the official website.