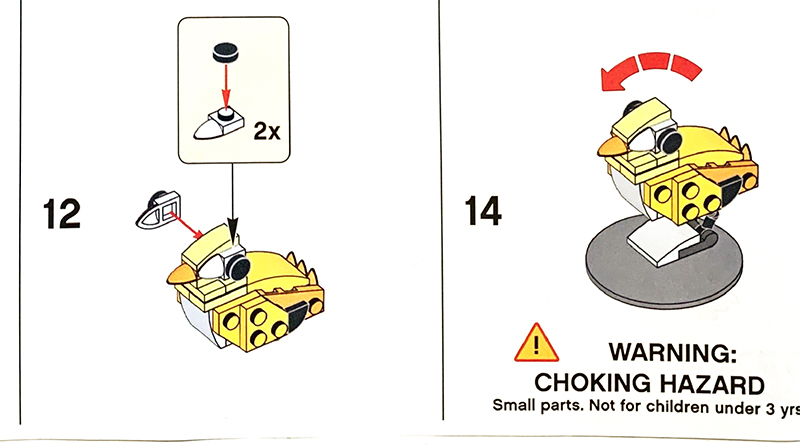 Instructions for the recent LEGO Overwatch make and take Ganymede build that was available at Gamestop have been shared online.

LEGO Overwatch fans everywhere can now rifle through their parts and construct their own Gamestop exclusive Ganymede mode, which was available to build in retail locations on Saturday, September 28. The Brick Fan shared these instructions that were provided by a reader of the website.

The Ganymede build is identical to the one that took place at LEGO Stores in January in how it is constructed, but the colour has been changed. All of the pieces used are fairly common, with no printed parts or stickers required.

The very first LEGO Overwatch set to be released, the Blizzard exclusive 75987 Omnic Bastion, was recently discounted to half price.

Two brand new LEGO Overwatch sets will be released tomorrow – 75977 Junkrat & Roadhog and 75976 Wrecking Ball – adding to the six sets already released at the beginning of the year:

New digital content has just been launched, allowing fans of the theme to bring bricks into Overwatch – although curiously they are only subtly LEGO bricks.